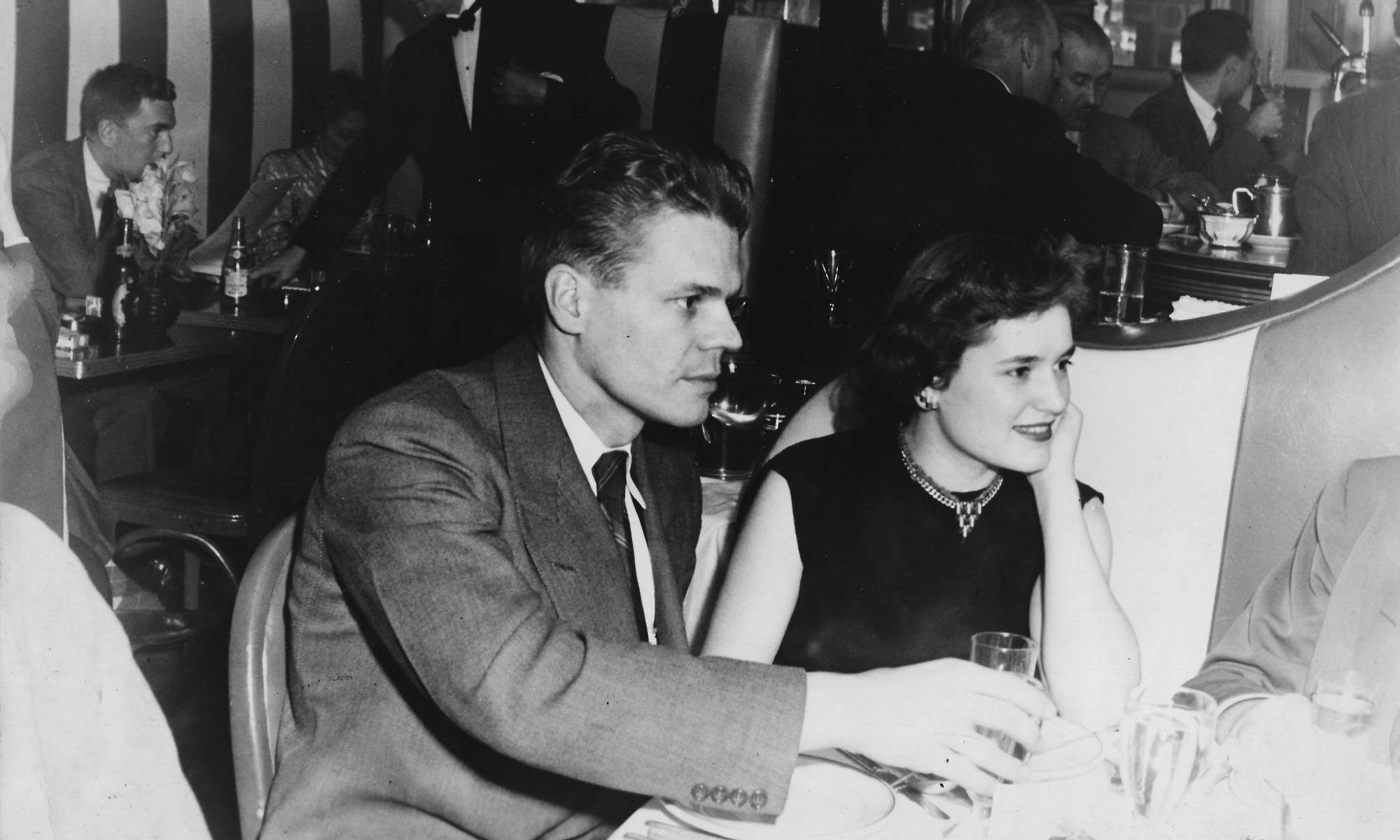 On November 17, 1949, Bernard Olcott and his dashing first wife Patricia Terry of Larchmont, New York spend the evening out on the town. It looks like the wide striped banquet seating of El Morocco but Pat tells me that no, they only hung at The Stork Club or 21.  In any event, this is one of my favorite pictures of Dad, earnest, engaged, and involved.  And looking sharp!

Pat was the first of 5 wives and 5 divorces.  The next wife was an import, a young lady from Quebec City, Canada, my mother Michele.  Number three was another import, this time Graciela from Guayaquil, Ecuador, mother of my sister Victoria.  Like Pat’s, that was another short-lived marriage, lasting about 3 years.  Dad returned to domestic varieties for the last two.  Gloria from Bay Ridge and Stony Brook, Long Island, mother of my sister Blair.  And ending with Rosemary from Washington Heights, NYC (and raised in Metuchen, New Jersey).  Dad was a romantic, to be sure, but he was worse than clueless after marriage.  In fact, there is a strong argument to be made that he was just plain misogynist.  For example, he never ever spoke about his own mother, a mysterious lady named “Patricia Regas.”  I use quotes because she was a Lithuanian immigrant (like his Dad) and I have no idea about what her real name was or anything.  At all.  But more on that later.

But back in 1949, these were great days for Dad. He was newly married, had worked his way up from an immigrant household in Queens as a WWII vet and electrical engineer, and was now holding court at some swank drinkery with his lovely wife.  Storm clouds were brewing however as unemployment and divorce (his first of five) from Pat (she walked in on him while he was secretly on the phone with her best friend) loomed.

As noted above, Pat was not my Mom.  I never knew Pat; I only knew her name and that her society family was well known for cartoons (Terrytoons) from the 1950s I vaguely remembered like Mighty Mouse and Heckle & Jeckle.  After Dad died in December 2006, I found among his papers, a newspaper clipping of the wedding announcement by the bride’s family and my Dad’s, a “Mr. and Mrs. Michael Olcott of Philadelphia.”  That’s strange, I thought.  My Dad’s parents lived in Jamaica, Queens and never in Pennsylvania.  Another detail, this time about the bride Pat Terry jumped out at me – she was a graduate of my high school – Choate Rosemary Hall in Connecticut.  A quick call to the Alumni Office yielded an instant phone number.  I called.

A charming mature woman answered and when I informed her of Dad’s passing, she told me that she had been expecting my call.  I told her what little I knew about her and how I found her.  And she in turn shared with me a few stories about “Bern” that left no doubt we knew the same man.  In the heat of an argument, she told me, he raised his hand to strike her and in defense she knocked him out with a punch.  She wasn’t upset or mad as she recalled this story.  She chuckled in fact, and warmly invited me to visit her in her rural home outside Fayetteville, North Carolina.  It was an invite that I was prepared to accept, even though it took me 6 years to show up at her door. 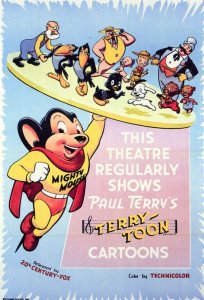