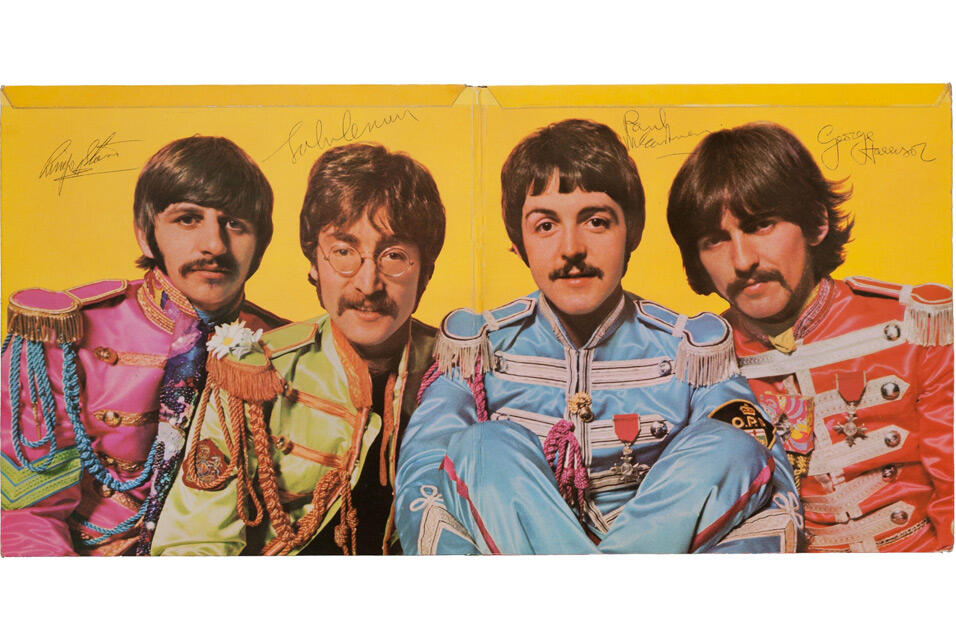 BALLAD OF BERN AND GLORIA

Remember that scene from “The Wizard of Oz” where, after the tornado, Dorothy gets out of her black and white bed, walks over to the front door, opens it to find the technicolor scene of Munchkin land?

The moment when Dad and Gloria opened the door was kind of like that for me.  As Gloria walked in to say hi, it was very much a wild segue in my life from “On The Waterfront” to “Sgt. Pepper’s Lonely Hearts Club Band,” complete with sitars playing.  Today, I think of that door opening as the transition in my life from ancient to modern times.  All memories before, stained in sepia tones.  And everything afterwards, vibrating colors!  My modern era.  After all, I was 13 in 1971.  On with the show!

I have written earlier that I knew wife no. 2 best because she was my Mom.  Gloria and Rosemary, wives nos. 4 and 5, were modern era experiences for me and I got to know them both very well.  Graciela, at no. 3, was way before, owing to both the shortness of their marriage and to my tender years (though I got to know her better later on).  But wife no. 1 was always shrouded in mystery to me, until I finally met her on Dad’s 95th birthday. 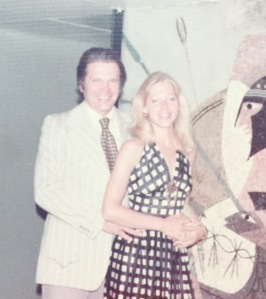 THE FAB FOUR AND THE MODERN LOVERS

So my modern era stood before me in the form of a radiant beauty; my right hand compelled itself forward in greeting.  I was enchanted, felt completely at ease, and was curious to learn more about Dad’s new leading lady and my new big sister!

We hit it off right away with music as our mutually shared culture.  Whereas I had the Led Zeppelin III album, she had Led Zeppelin II.  Her record collection was notable for being heavy laden with Beatles albums, including the sublime Sgt. Pepper record (inset pictured above).  Pepper, as well as the White album, were not in my own personal collection and I duly gave them a good listen.

The Fab Four were no longer my preferred band, having been extinct already for a year by that time in early summer 1971.  In hindsight, I find much of their music to be completely puerile or guileless; some tracks are nothing more than children’s anthems, like Ob-La-Di, Ob-La-Da or Yellow Submarine.   That being said, the band’s genius should be readily apparent to even the most casual listener.  The creative tension between Paul’s “English Music Hall” and John’s “Rhythm & Blues” influences is responsible for some of the most creative compositions in modern music.  Take “You Know My Name, Look Up The Number,” for example.

Who was the coolest Beatle?  Everyone has an opinion.  I asked Gloria.  Without pausing, she instantly said John.  She had actually seen Paul somewhere in New York, “acting dopey” as she put it and was not impressed.  As for me, I agreed completely that John was the hippest.  I would take “Cold Turkey” over “Silly Love Songs” any day.

As I mentioned the terms “casual listener” and “everyone” above, this is a good time for me to circle back to Dad.  He actually didn’t have an opinion as to who was the coolest Beatle and seemed to have had no familiarity with their music.  I relayed in my post FIVE SELECTIONS FROM DAD’S iPOD (just updated with a new 5th choice, updated from 4 – click the link and take a look) how Dad dragged out some Nelson Eddy and Jeannette McDonald records.  Being on the same side of the generational gap, Gloria and I laughed derisively.  I also discussed how I found some great gems in Gloria’s collection from the 1960s like the first Santana album – tracks like “Persuasion” have stayed favorites up to today!

In the meantime, Dad hadn’t bought a record in years.  His rationale was, “why should I buy a record? I can listen to all the music I want on the radio for free!”  In his scheme of things, free was an acceptable price.  And he would listen to it on the car radio.  The annoying thing was that he would change the station continuously, causing Gloria and I to trade glances with raised eyebrows.

However, if love is really all you need, take a look at the pictures above of the newlyweds, graciously provided by my sister Blair.  This should give the reader a good idea of the positive, I mean really P O S I T I V E vibe flowing through the Olcott residence in 1971.  I was a little young at the time to realize it, but these two were glued to the hip by any measure.  You could cut the mutual attraction flowing between them with your phat stubby fried-chicken-greasy finger.  As you can see, Dad bore an uncanny resemblance to Jack Lord (who played Steve McGarrett on the original Hawaii Five-O TV program) with his long sideburns.

In fact, I believe they even stopped off in Honolulu on the way to or back from Japan.  One of the interesting things about Dad’s business was the international network of patent agents and associates he had assembled since the early 1960s (when the Beatles came out with “Can’t Buy Me Love”).  As a consequence, Dad had entrée from prominent movers-and-shakers in every major business hub from Athens to Sydney.  All he had to do was fly somewhere and ring doorbells.  It’s an enchanting way to mesmerize a girlfriend.

And mesmerize he did!  The whirl-wind romance included trips to exotic places like Rio de Janeiro and Tokyo.  Here’s a clip from the local English-language newspaper in Brazil that year:

There is also a picture of Gloria from their Rio hotel room balcony that they both described as “Gloria bare-assed looking into the rain forest.”  That picture is not for publication here (sorry).  (Even if I had it!)

Yes, yes, yes, love certainly seemed to have been in the air.  Quite a surprise for my third day back for summer vacation, right?