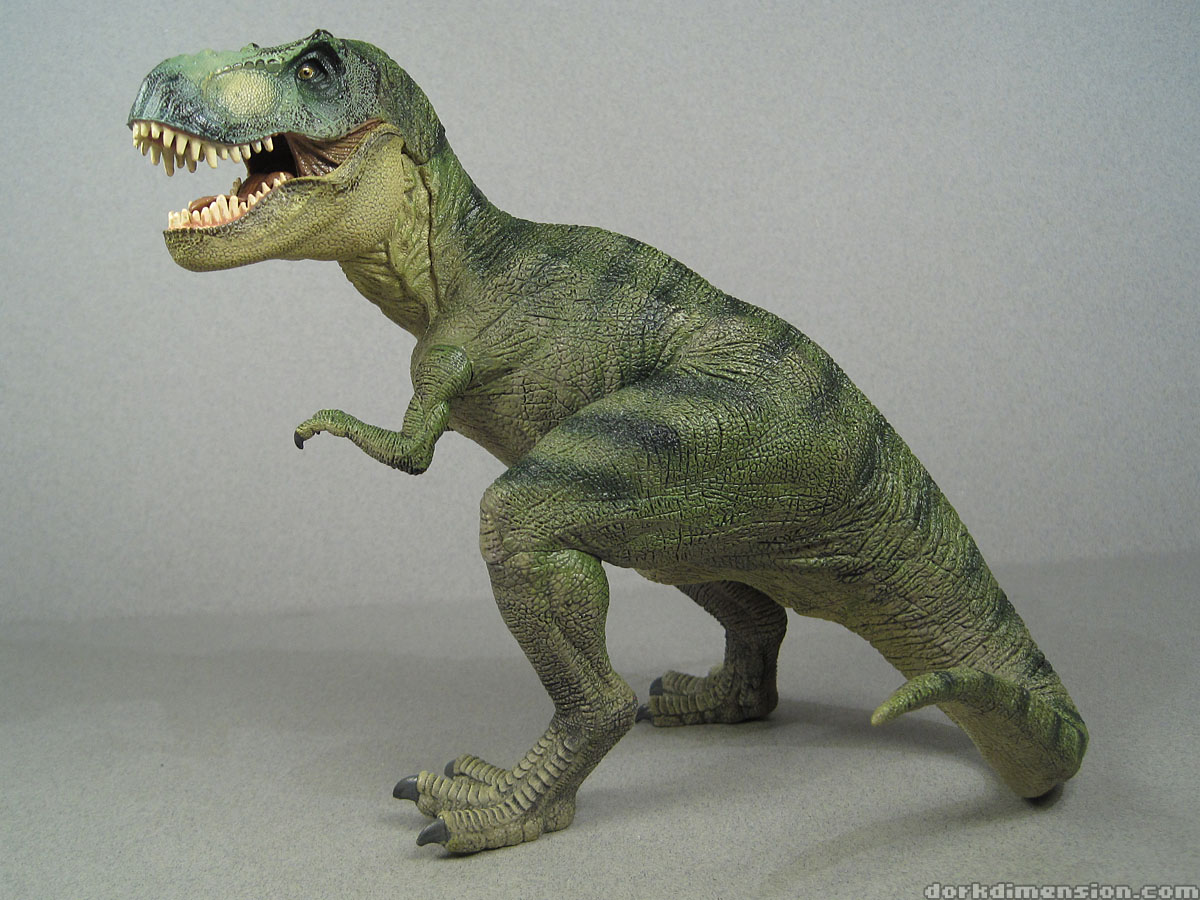 Monday, August 18th, year of Our Lord 1986.  That was to be my first day at Columbia Business School’s two week orientation for the incoming class of 1988.  As mentioned last week in “MURPHY AND HIS LAW,” it was to feature a boot camp for Mathematics and gettin’ jiggy with the Hewlett Packard 12c financial calculator.  Although that was the date of reference for me throughout the second quarter of the year – after I was notified of my acceptance in April – I suppose from my point of view the real date of reference for me was Friday, August 15th.  That was to be my last date at Olcott International.

I told Dad over lunch of my acceptance at Columbia.  He took the news quietly.  Why shouldn’t he?  After all, he had asked me to leave the company that past December.  We both agreed that it was important to find a replacement for me to insure a smooth transition.

For this task, Dad avoided placing a Help Wanted ad in the Hudson Dispatch or Bergen Record newspapers, his usual sources for potential office talent.  This time, he went to the Job Placement office of the US Trademark Association and found someone who, like Bob Gerhardt, had his favorite qualification – an actual Juris Doctor degree!  (Something I never had nor lusted after).

After Dad conducted a few interviews, he selected an attorney by the name of Paul Campo to replace me as head of the Trade Mark Renewals department.  Paul started in the early summer with plenty of time to ramp him up as an operations manager.  It was my first gig as a workplace trainer.  I showed him the inventory of marks up for renewal and how these were processed on a country-by-country basis.  The requirements varied tremendously.  Our knowledge of all requirements everywhere formed the basis for our value-added.  Like any good recipe, timing was of the essence and given his prior work experience, Paul grasped the gist of it fairly quickly.

My training was very thorough and included many references to a 6 inch high plastic desk ornament that inhabited my office known simply as “the Lizard.”  In actuality, it was nothing more than a realistic figurine of a Tyrannosaurus Rex dinosaur, except that it stood on its hind legs, in a pre-Jurassic Park fashion (all T Rexes are known today to be more bird-like in posture as opposed to upright like the Geico gecko.) 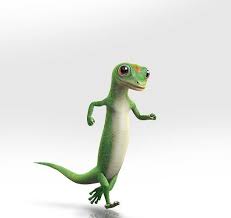 Five minutes can save you hundreds…

“The Lizard” had become for me a sort of psychological foil.  When Dad would come downstairs to yell at me, well, the lizard was the next in line in terms of the pecking order.  After Dad would leave, I would yell at “The Lizard” for something in turn equally stupid.  “The Lizard,” for his part, would then yell at foreign trade mark agents (in writing) who screwed up or did anything remotely idiotic.  This ferocious little fellow was not at all averse to yelling at a passing employee if his mood was foul enough.  It was, as everyone knew, a very ill-tempered son of an egg-laying scaly beast.

In this way, a “lizard letter” was a strongly worded missive with intent to reprimand a recalcitrant foreign agent (say, for charging an hour of time to “peruse” an instruction letter to renew trade marks at a competitive rate).

The “Lizard” was to me as “Wilson” was to Tom Hank’s character in the “Cast Away” movie.

After a week or two of giddily showing Paul the ropes – giddy because you cannot believe how happy I was to be getting out of there – he turned to me with a thoroughly quizzical look.  He wanted to ask me something that made no sense to him.  “Your name is Olcott,” he said with a confused expression, waving his hands in a classic ‘WTF’ way.  “Why are you training me?  Why are you leaving?”

His question, of course, was not unexpected.  But one that I was sorely used to.  Although it’s been repeated here on the Bernard Olcott Story many, many times, for the benefit of the new readers, let me run through this again.  While most people assume that family businesses are benign, benevolent affairs presided by an affable Robert Young-type “Father Knows Best” figure, in the Olcott and Trump families, for example, the reality was very different.

You see, in the aforementioned genetic pools, think not of Dad Jim Anderson judiciously weighing careful judgement as to whether Son Bud can keep the puppy.  Conjure up, instead, images of virulent fire-vomiting lizards overrunning villages filled with simple, happy, happy, happy, island people, and devouring infants, rubbish, or ‘whatever.’

Visualize, if you can, nasty surly reptiles urinating into the flames with evil grins.

Generally speaking, you can scare off 4 out of 5 new hires by using analogies like “burning thatched huts,” “windows thrust open,” and “angry asparagus-eating lizard penises peeing from outside in” (or diet-similar “lizard vaginas peeing from outside in” if referring to female lizards).  You simply can’t talk to a new employee that way during their orientation.

If you ask me, I wouldn’t even mention vegetarian female lizards.  It’s just not wise.

So back to Paul’s thoughtful question.  I started with certain aspects of the Olcott International that were potentially irrational, or “lizard-like,” if you will.  Paul’s face somewhat darkened; he had thought that the whole lizard personality thing was just a humorous invention.  There was in fact, a “dark side” to it. 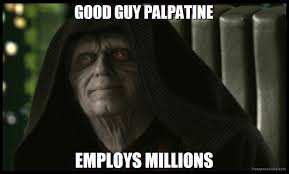 Did somebody say “dark side?”

I asked Paul to follow me to the balcony on the ground floor, the one overlooking the double-helix of the Lincoln Tunnel.  The soundtrack out there, as always, was the roar of the soul-grinding machine.

Without naming names, I pivoted the discussion to kangaroo courts.  I admonished him strongly that, while he was employed at Olcott International, he should avoid bringing arguments – or cases – before the officiating judges.  Such attempts were doomed to failure.  Invariably the judges would rule against him.  I especially encouraged him to avoid the (extreme) temptation of bringing what any reasonable man on the street would consider to be incontrovertible cases before the presiding officer of the court.  This would only piss them off before the hapless litigant would be thrown to the lizards.

“Remember,” I said to Paul, my finger stabbing the air, “the answer to all problems here (at Olcott International) was… August the 18th!” 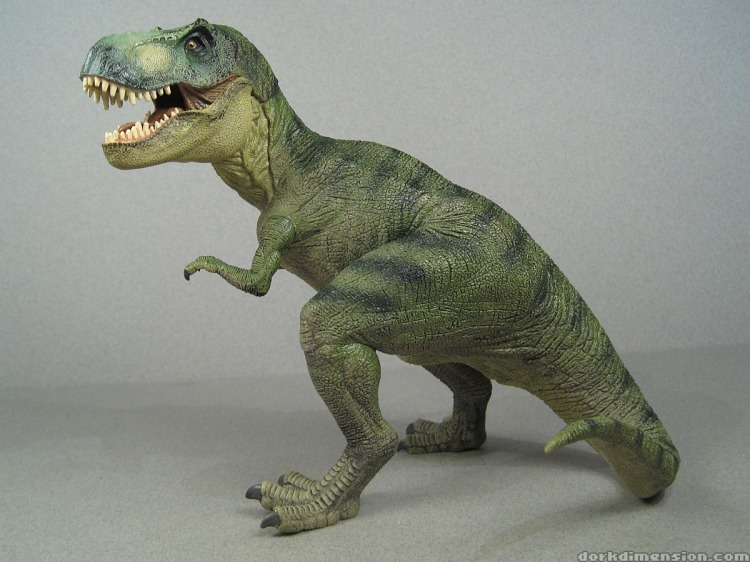 Run for your lives!