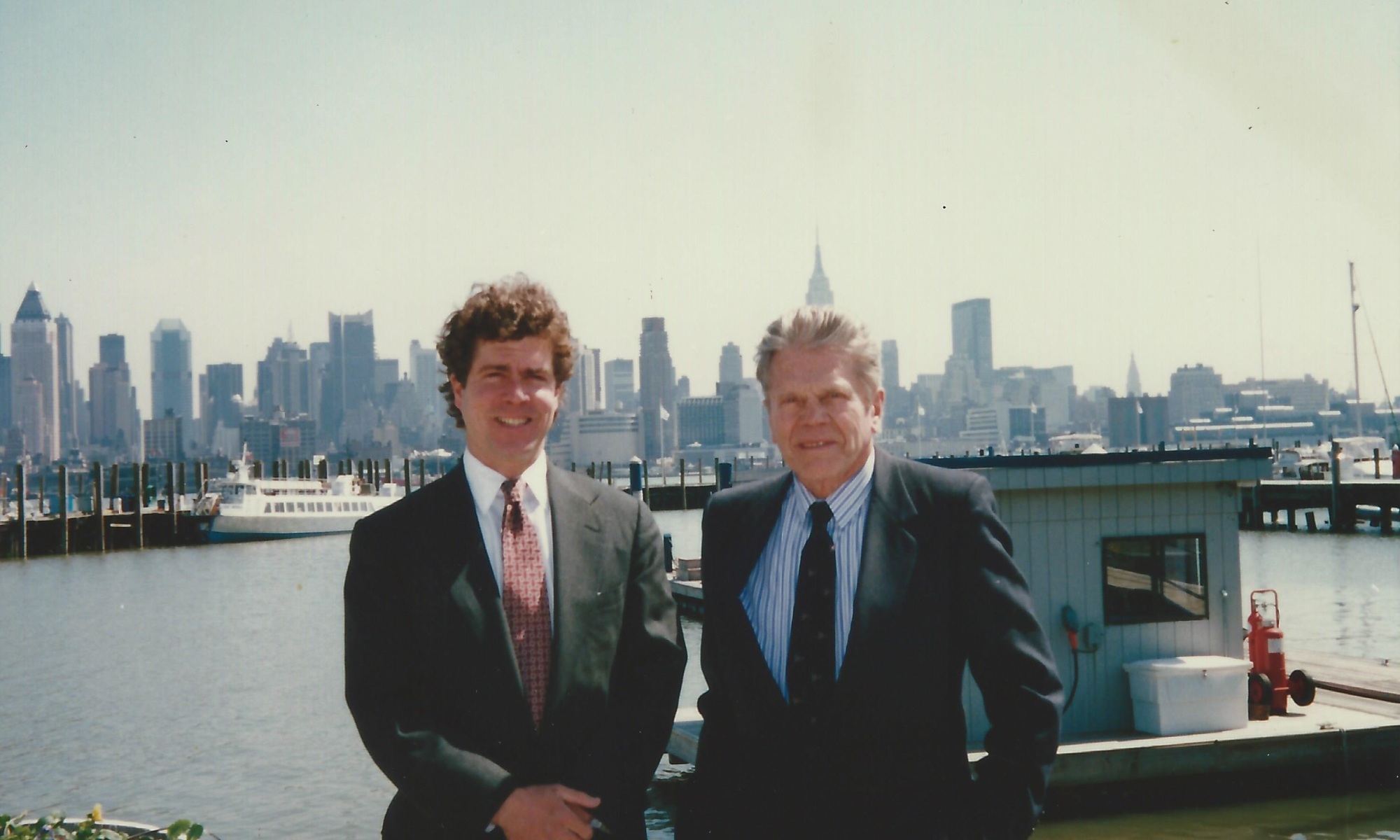 WHY I READ THIS BLOG: ARTFULNESS FOLLOWS LIFE

Today, I present you with another guest post from my friend Ned McDonnell who sends this missive to me from his current residence in Tunis, Tunisia.  Obviously, I am somewhat embarrassed by his praise of my writing.  I mean, I am just a schnook on the internet with a blog.

But I did try to weave a number of connections into my stories of times past so that I was not just writing about my own family — hopefully, at times, I was leaning into yours as well.

People often ask me why I read the essays in James Olcott’s cultural blog, The Bernard Olcott Story, almost ‘talmudically’; examining each word, savoring each thought as if it were handed down to me from on high. Is it because I have known James – for better or for worse – for more than forty years? Yes, I have known him since 1975. But that is not it.

Beyond being classmates, is my avid reading due to James’s wit rivaling that of his distant cousin, James Thurber? Yes, I like to laugh. But that is not it, either. Perhaps, it is James’s nuanced analyses of human pitfalls and downfalls that cause me to stop and think about contemporary life’s latest version of the human condition.  My own meditations are noteworthy in this regard that does not quite explain my continuing interest.

Bear in mind that most Horatio Alger stories conclude with the getting-rich part. All too often followed by “fake news”-style exposés; typically explosive by design, these stories delight in tearing down such heroes, as a belated sop to class envy. Both sides of this wooden nickel — Horatio Alger tale and the subsequent takedown — are as counterfeit as Ayn Rand’s heroes are superficial.

Beyond the depth of realism of people’s qualities and demons delivered with wisdom and wit that are plainly evident in James’s writing, what makes this cultural blog so engaging is that The Bernard Olcott Story – a tale of a real Horatio Alger, good and bad – recounts James’s life under both a flawed and fabulous Father.

While the storyline of the blog itself ranges from the seventy year period staring with the Great Depression to the death of James’s Dad from dementia in 2006, the author writes from a current perspective. With a few digressions into the present, like the musings by and achievements of his children, James extends the intellectual timeline to more than eighty years.

And that period coincidentally captures a time of growth of, change in and decline by the larger society in which we live today. Whatever one’s political stripe – including a preference away from public debate altogether – people as old as, or older than, James and I are inspiring and inflaming a poisonous partisan and often personal discourse.

What this divisiveness connotes to me, at least, is that many of the aging baby boomers are discontented, whether they are liberals, conservatives, or simply alienated and bickering. What these discordant voices, prosperous or poor, have in common is that those who scream and yell feel they no longer live in the America they once knew. And they can not cope with that sobering reality

People judge each other without mercy, utterly ignoring the age-old dictum of ‘judge not, lest one be judged.’

So why do they do it? To feel some fleeting power in the face of titanic changes beyond control and, all too often, beyond cognition as well. In a similar, strikingly parallel manner, we encounter the same necessity in The Bernard Olcott Story.

We progress through this series hosted by James – as it meanders through the sloppy elegance that defines our humanity – and we feel that same disorienting sensation that things together are not holding and that the world we knew is falling apart. James, as a verifiably “dutiful son”, remains unable to comprehend what is happening, let alone divine what to do about it.

These installments, therefore, map out, at least anecdotally, a way for one to face and come to terms with the America he or she no longer knows. Like the great navy and military might that pushed back three deadly empires and subsequently created a new world order, Bernard Olcott beat out his rivals and created a new order in his industry. Like the United States, he became immensely wealthy.

But things change.  And did.

The economic dominance of the U.S. had to fade sometime and is doing so now. The gnashing of teeth that prevails for political debate these days reflects the same exasperation James felt as he tried to grapple with a Father in decline. America has not become bad, and neither did Bernard Olcott. Nevertheless, coming to terms with complicated and inscrutable historical forces or an undisclosed and equally inscrutable family disease are equally difficult to do. Why?

Because time takes time. In fifty years, we will know – with the perspective of history – what has brought America to her current turmoil. Likewise, James needed two decades to understand what had occurred with his Dad’s dementia. It did not diminish his reverence for a Father who truly emerged as a pioneer of tech disruption. His comprehension in fact served as a torch in the dark night of the soul.

Coming to understand that we face dark, but not insurmountable, times requires the four qualities that James has developed through the very difficult years of his Father’s decline and death: