By 1994, I was not only loading patent data into 3 different Patent Management Systems (“PMS”) – one for DOS, a second for Windows, and a third for Mac – and going on the road to demo them, I was also seeking ways to leverage business trends of the day to the marketing advantage of Olcott International.

However, as my readers well know, I operated under some daunting limitations – I knew that if I went out on a limb in terms of my non-existent authority, I could be subjected to painful rebukes in front of the employees. My last name offered me no protection from the boss; it merely singled me out for extra abuse. After all, the family name didn’t save anybody from getting trolled in Jamaica (Queens, not the West Indies) in the 1920s, 1930s, or afterwards. Not by a long shot.

Getting poorly paid to do little in your job is akin to a short-term stay in a shabby motel room on the outskirts of Hell. You don’t know when or to where they will move you, but you’re sure to like it less.

At the time, something called “the internet” had evolved to the point where it became a frequent topic in The Economist magazine. I was intrigued enough to learn more. E-mail, in particular, held out the promise of immediate communication, including attachments. It was so new that no one I knew was “online.” Therefore any form of personal guidance was unavailable. I was on my own.

Some research was necessary. I quickly found a book called “The Complete Idiot’s Guide to The Internet.”  This title sang hymns directly to my inner moth, the one readily contemplating a distant night candle.  Burnt wings be damned, I dove in to decipher e-mail and how to get my own account.

Once I was online and connected to an e-mail server via my state-of-the-art noisy 28.8k modem, I soon found an online community built by Steve Portigal called “Undercover” dedicated to discussions about the Rolling Stones by hard-core fans. After a few exchanges with others by e-mail, I was immediately struck as to how this new technology could be leveraged for business purposes. 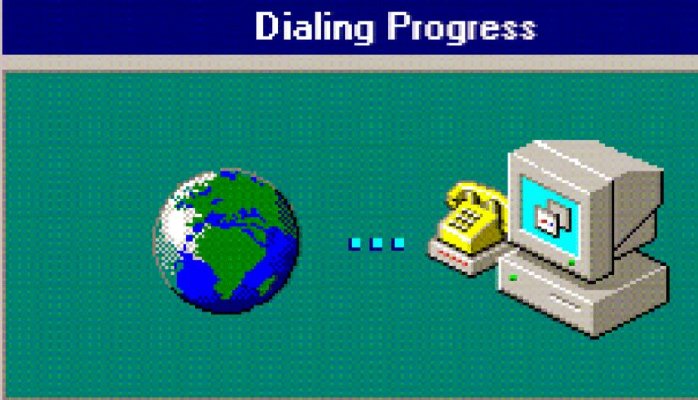 I did not believe that I was especially prescient in visualizing an online community where I could network with my colleagues in the Intellectual Property (“IP”) profession. As Steve had done in building an on-line Stones fan community, I thought, perhaps the same could be done in IP. It had the potential to be revolutionary! No matter what your business is, you need to know your colleagues and then do what it takes to channel commerce your way.

Maybe build a website and offer up interesting content – like an auction site for patents, perhaps an eBay-style site for IP. My mind was swirling with ideas. And, like I said, it wasn’t really a huge leap on my part. I was simply aware and awake with my eyes at least half way open. It was worth taking a risk. Don’t take chances, don’t make advances.

Instead of having one stable market-ready software product, we had three in states of continuous flux. Accordingly, each suffered from the same kinds of inconsistencies. For the most part, these were minor but were still capable of taking down an occasional software demo.  That will be a story for a different day.

Dad’s response was to blame the programmers, of course. From his point of view, “Bern” felt burned. He would come downstairs to deliver new ideas daily and the “computer department” was seemingly incapable of making them work. A “bunch of dumb bastards,” he would frequently declare.

From Bob’s and the programmers’ point of view, they never had the time to integrate both old and new developments, much less document anything. Regression testing and ironing out bugs, or inconsistencies, were very much unrealized luxuries.

Everyone understood that anything “tech” was likely to cause a vitriolic argument with my Dad or even a catastrophic reaction, especially if it wasn’t his idea.

This applied doubly to me.

In fact, Dad could detonate on all sorts of topics. In the 1980s and 1990s, he developed an unfortunate habit of asking you to do something and then later, feigning ignorance (and in a state of shock and outrage) bitterly criticize you personally for having taken the requested action.

I already gave an example of the EPO patent application that didn’t belong on a list of payable items. It is not clear to me if this was a deliberate gambit on Dad’s part to keep people off balance or if it was simply an aspect of an age-related infirmity, like dementia. The former was maddening; the latter was sad and scary. In any event, I started keeping a log for my own (in)sanity (or what was left of it).

On the other hand, it could be a simple matter of extending my responsibilities one day and then rescinding them the next day. One day, on April 19, 1994, Dad asked me to take responsibility for the Patent Fee File, a database of the official annuity fees from every patent office around the world. This was Mike’s job, the patent manager. Although it was a huge database – when printed, the report ran hundreds of pages – it wasn’t that complicated to maintain.

The Fee File looked very similar to this!

Updates were received daily by mail for fee changes in every country from Argentina to Zimbabwe. I dutifully made my first update that day by finding a small mistake in the listings for Japan. It was a meaningless error; the annuity fee for a payable item, say the 3rd annuity, was listed as ¥850, when it should have been ¥805.  All others were correct. This mistake would have resulted in an overpayment equal to just about 40¢, which would have been routinely refunded by the Japanese Patent Office, who considered no refund too small.

I wanted the company with my name on it to have a reputation for correct and exact fee information.

Inexplicably, Dad relieved me of that responsibility to update the Fee File the very next day.

Maybe Mike had demanded that Dad reassign that task back to him. As I have repeatedly observed in many work environments over the course of decades, employees in stressed organizations typically protect their turf from encroachers (e.g., me). They seek, above all, to protect their responsibilities from any kind of reduction, in a bid to justify their continued employment. The sad reality is that sometimes, people are just scared for their jobs. I see this most frequently in recently acquired companies.

As far my Dad was concerned, maybe he too felt he needed to justify his own role at his own company. It’s much easier as boss. But his rages and reversals were unfortunately becoming more common.

Even when you did your job well.