As technology rolled into the mid-1990s, the price of IBM-compatible machines dropped precipitously at just about the same time that big boxes graced with cow motifs began to litter the floors of Olcott International.

It was the advent of Gateway Computers!

While Yoshi still felt he could build ‘em cheaper from scratch, there was no arguing that buying from vendors like Gateway saved both time and money. In the end, Yoshi didn’t complain about giving up one of his many jobs; he had enough to do in terms of managing the patent payment system and troubleshooting hardware from whatever vendor.

Soon after I returned to Olcott International in June 1992, my work PC was updated from DOS to Windows 3.1. In my recent post “ASSEMBLY, PART 2,” I marveled at Yoshi’s ability to build clones from scratch and soon thereafter sought the secret knowledge so I could do it myself too.

We had a lot of computers lying around in the “Computer Department.” In addition to my new Widows 3.1 machine, Steve, Peggy, Bob, and of course Yoshi had their own PCs, running both DOS and Windows. I needed both Operating Systems (“OS”) as I was creating data and testing our two Patent Management Systems (“PMS”) resident in both environments.

However, there was one more desktop machine in the “Computer Department.” A shiny box with a glittering and different OS. One that made ethereal sounds when booting up with a picture of a smiling face. In fact, it was no clone at all; it was made by the same company that jealously guarded its fancy-schmancy operating system and had popularized the use of a mouse in a point-and-click type of interface.

The Apple Macintosh computer. I mentioned this cult-in-a-box in my post “CUTTING EDGE AND TOTALLY COOL.”

END_OF_DOCUMENT_TOKEN_TO_BE_REPLACED

The memory I recounted in my post Assembly, Part 1, about my Dad putting together a pocket watch for me is not a particularly strong one. In fact, it’s like an alternative recall that really doesn’t come readily to mind. For one thing, there’s not that much action in it, and certainly nothing approaching anything like real drama. Just a quiet moment in a temporary home, years ago, in the distant past.

I didn’t ask for a gift that morning and I had no idea one was coming my way.  Like a faint shadow on old paint, it’s there to remind you if your eye happens to fall on it while you’re thinking about or doing something else.

For me, I have similar experiences sometimes while listening to music during long drives in my car. I hear the music, but I am focused on the road and other traffic. One of those melodies can suddenly appear front and center in my consciousness days later, and I am left with some chord structure or arrangement in endless mental repetition. The bad ones we call earworms, annoying feedback loops of muzak that would be better eaten by birds.

END_OF_DOCUMENT_TOKEN_TO_BE_REPLACED 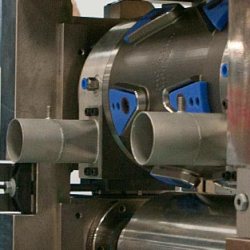 As I wrote last week, my Dad, like some of his contemporaries, resisted the advent of the PC age. It’s kind of a conundrum since he created a new industry on the back of new technology and thoroughly disrupted the patent renewal business thirty years hence. Once achieving ascendancy, however, he complacently resigned his role as innovator when he moved his booming company to New Jersey. But he still sought control over everything.

Sure enough, others, like Jerry Van Winter and Bob Gerhardt, arose to begin the next cycle of cannibalization in this niche marketplace. During the 1970s, the competitive pressures those gentlemen brought to bear on the market began to take its toll on Olcott International. This threatened Dad’s ability to maintain control.

When Bob Gerhardt became a free agent in the mid-1980s, Dad felt compelled to co-opt him. In “HIS NAME WAS BOB GERHARDT,” I wrote about how I lugged Bob’s Compaq laptop into the office one day in 1985.

END_OF_DOCUMENT_TOKEN_TO_BE_REPLACED

In the summer of 1966, I lived with Dad as an 8 year old in his temporary home in Morrisville, Pennsylvania. Sort of like today where I am a transient resident of nearby Reading (except now, I am seriously older than 8!)  Forget about the famous railroad company from ‘Monopoly,’ the Reading Railroad was closed years ago.

For whatever reason, I just keep coming back to the Keystone State.

One morning that year, I woke up to find, not to my surprise, that Dad had already been awake for several hours. This wasn’t unusual for him. He had bought some kind of model kit the day before for a pocket watch made out of hard blue plastic. Early that morning, while I was snoozing away, he had painstakingly detached all the pieces from the molds.

Then, carefully and slowly, Dad followed the detailed instructions to assemble the watch. All parts were made in the aforementioned blue plastic: the sprockets, cogs, case, the hour and minute hands, everything save for the spring and the clear transparent plastic cover that snapped into place over the clock face.

END_OF_DOCUMENT_TOKEN_TO_BE_REPLACED 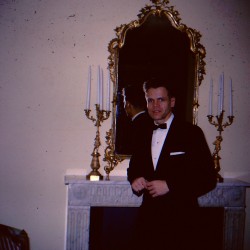 Please allow me to introduce you to Bernard Olcott, 1918-2006, a man who led a legendary and iconoclastic American life.

Welcome to my blog.  My goal is to provide you with stories from times past by which you might catch glimpses of yourself, or of someone you know intimately. Bernard Olcott touched the world, from Japan to England to Egypt to Kansas to New Jersey. Maybe you know some of these places, too.

Every Thursday afternoon from 2015 through 2018, I presented you with a new story, some new adventure or insight, dusted with more than just a little modern context and quirky cultural references. Dad loved screwball humor; although he took himself seriously as an attorney, he wouldn’t stop laughing if you called him an ‘ambulance chaser.’  You see, this is the point: we can’t pick our parents, but we sure as hell can cherry pick their best qualities. And that, my friends, is what will set you free.  Since 2018, the blog is pretty much finished and I am compiling the stories in chronological order.  What you see below are the original posts.