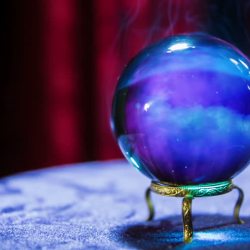 The Adirondack Northway is one of America’s spectacular highways. I’ve driven it many times between New York City and Canada, usually en route to a ski vacation in the North Country.

It winds its way along the foothills of the High Peaks region. If you look over your left shoulder while driving north, you can make out the pyramid-shaped summit of Mt. Marcy looming in the distance, just as Mt. Everest (or Chomolungma, “Goddess Mother of the Mountains” to Mujibhar and his family in Nepal) towers over surrounding peaks on the other side of the world. Eventually, you arrive at the border, where I have already given advice on negotiating customs and border formalities.

Before most remaining gaps in the interstate highway were plugged in the 1960s, if you wanted to drive to Montréal from New York (or Weehawken, for that matter) in the 1950s, you would follow an older (obviously) 2 lane highway called US Route 9 as directed on your foldable Esso highway map (the one that said ‘Happy Motoring’ next to the tiger).

END_OF_DOCUMENT_TOKEN_TO_BE_REPLACED 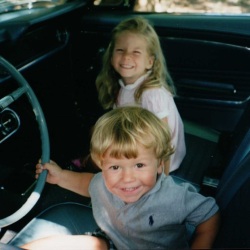 Today’s guest post is written by another grandchild of Bernard Olcott, Grant.  In his essay, Grant sends the entire family up the Highway to Hell, seemingly always on yet another road-trip.  When not working as an investment analyst at Investure, Grant is a college student at Middlebury College.

I love cars. Well, I should rephrase that. I don’t know all the parts or mechanics of the automobile. I can’t say I have a clear picture of the new Ford Fusion in my mind. I’ve never been to a car show, and I’m only starting to understand the difference between a BMW and a Benz.

So why do I love cars? I love being inside them. I love the warm intimacy such an enclosed space creates between two people. I love the thrill of reaching a destination, the fighting over the radio station, the comfort of drifting in and out of a drowsy sleep in the back seat, and, especially, the long meandering talks, spur-of-the-moment debates, and random lectures shared among the four seats that draw my family closer and closer together with each click of the odometer.

END_OF_DOCUMENT_TOKEN_TO_BE_REPLACED 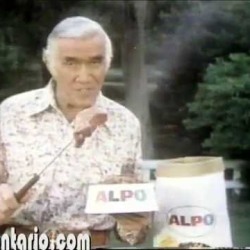 Once in a purple moon, we had a new hire. Like the time I had to (extremely) vet my own replacement, Paul Campo, in 1986.

Do I just train someone who was going to be taking my place and throw him to the wolves?  Many of my readers would be quick to answer, “Yes!”

However, that is a sure way to run low on wolf chow.  I always thought that hurling virgins into volcanos was a much better path to karma.

For the love of Pete, I owed it to Paul to explain or at least give him a brief warning about Dad’s “quirks,” to put it mildly. Even though I had not yet worked in many different work environments, I knew intuitively that bosses don’t typically act like my Dad did normally.

Don’t get me wrong. There are plenty of bad bosses out there. The ones that do things behind your back, and then have the nerve to call you “sneaky.” Or the screamers. Or maybe a good boss one day turns bad the next. A good boss will always be happy to discuss anything with you — after all, information is their currency in trade. But what if they deny a meeting request to consider some changes because they “had already discussed it with you.”  Really?  Not so good.

END_OF_DOCUMENT_TOKEN_TO_BE_REPLACED

By 1994, I was not only loading patent data into 3 different Patent Management Systems (“PMS”) – one for DOS, a second for Windows, and a third for Mac – and going on the road to demo them, I was also seeking ways to leverage business trends of the day to the marketing advantage of Olcott International.

However, as my readers well know, I operated under some daunting limitations – I knew that if I went out on a limb in terms of my non-existent authority, I could be subjected to painful rebukes in front of the employees. My last name offered me no protection from the boss; it merely singled me out for extra abuse. After all, the family name didn’t save anybody from getting trolled in Jamaica (Queens, not the West Indies) in the 1920s, 1930s, or afterwards. Not by a long shot.

Getting poorly paid to do little in your job is akin to a short-term stay in a shabby motel room on the outskirts of Hell. You don’t know when or to where they will move you, but you’re sure to like it less.