In the mid-1950s, Michele Rousseau was a beautiful, elegant girl working at Wally Findlay Galleries on East 57th Street. She was barely 20 when she was dragged out yet again one night to the Stork Club on East 53rd Street by her extroverted mother. There she met a handsome man in a uniform and her life would be changed forever as she would soon become wife no. 2.

I know more about Michele than any other wife for one simple reason. She was my Mom.

Like my Dad’s family, she was part of a family of immigrants. On both sides, my grandparents were foreign-born and had deep ties to the Old World. But on just about every other social, economic, or cultural basis, there the similarities ended. Whereas my Grandfather Mikas Arlauskas made the arduous sea voyage literally in steerage class in 1914 from Europe to New York, my Grandmother Marguerite Alain did the trip in first class in the other direction some ten years later to be married off to her fiancé Paul Rousseau in Paris.

Later on in 1948, my Mom arrived in New York, probably in her stepfather’s Cadillac, the hood hot from plying the New York State Thruway from Montréal.

END_OF_DOCUMENT_TOKEN_TO_BE_REPLACED

Up for today is my Harvard Business School (“the charm school on the Charles”) case study about the industry my Dad created — international patent renewals!

As the 1960s progressed, Dad’s new business quickly subsumed his “normal” patent practice. He did keep working for some select inventors who intrigued him but spent most of his time promoting his new renewal business as a modern, computerized clerical operation.

Corporate patent owners were delighted and sought him out.  On the other hand, foreign patent law firms worldwide were scandalized! The renewal work for them was heretofore easy money; it was a simple annual reminder operation that brought in huge fees for little work. They accused Dad of skimming the cream off their businesses. Many fought back, in some cases by petitioning their local patent offices NOT to accept such payment schedules sent in from foreign offices in New York. However, some savvy patent law offices quietly became clients, preferring to take advantage of the lower fees and passing them along to their clients to curry favor.

END_OF_DOCUMENT_TOKEN_TO_BE_REPLACED 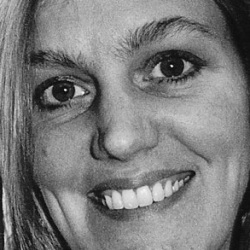 Absolutely right-on description as to how people accommodate the crazy.

My mother’s first husband, who was the first mentally ill person I ever met, rents storage spaces all over D.C. He saves in crate after carton after crate: paper towel tubes, his son’s second grade science projects and college term papers, broken air conditioners, hammers, screwdrivers, curtain rods, weights, spatulas, pots and pans, old cans of paint, drills, sandwich bags, magazines and books and paper clips, window panes and big, long rolls of pink insulation and leather gloves and half-empty cans of shoe polish and arm chairs and tube tops and baby aspirin and vinyl records as well as the files of the court records (as well as their Xeroxes) of what was said before the judge between he and my mother more than forty years ago. When I saw him a couple of years ago, he was standing in my sister’s dining room organizing boxes of National Geographic, which…

So Dad got the idea for a fantastic business related to patent filings and infringements, kind of an amalgam between legal and IT but not a legal practice, strictly speaking.   As I am able to remember it, he had become friendly with Ed Greer, who was head patent counsel for the Union Carbide Corporation. Union Carbide was one of the biggest chemical corporations of the day and was headquartered in their own magnificent skyscraper two blocks up Park Avenue from the Pan Am Building.

It was a probably a simple matter for Dad to put it together that large corporate patent owners could benefit from some form of computer calendaring.

Keep in mind that a large company like Union Carbide owned a large portfolio of patents. They would initially file patent applications in the home country, USA for Union Carbide. And as they were a large multinational corporation selling their wares everywhere, once the patent applications were accepted here at home, they would then engage in an international filing program elsewhere, typically the largest 15 countries in Western Europe and then Canada, Japan, Australia, New Zealand, and maybe Brazil and South Africa to boot.

END_OF_DOCUMENT_TOKEN_TO_BE_REPLACED 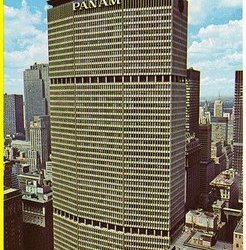 This week we go into why my Dad is famous, at least in the patent profession. The next three posts are about his greatest number one hit in the charts. And it’s big!

As you know by now, dear reader, Dad was married five times to five different women. But in a certain way, Dad was really only married once. It was not to a lady wearing a dress and lipstick (though there were more than a few of those around) but to a business soon to be called “Olcott International & Co.” It was his life, and his masterpiece, just as the Mona Lisa was to Leonardo da Vinci. (He greatly admired Leonardo and thought of himself easily as da Vinci’s equal). He could share this one true wife with no one and he guarded her with a jealous Latin-blooded fury. (As I and others would haplessly come to learn).

END_OF_DOCUMENT_TOKEN_TO_BE_REPLACED

Given what Dad said, together with Michael’s move out of Richmond Hill, he very well may have been a bit of, as we say in the 21st century, a “troll.” Meaning that he was prone to saying outrageous things, just for the delight (and the attention) in seeing other people’s reactions. Such trait was not unknown in Dad himself, especially as he grew older.

So I suspect that Dad did not enjoy that same glowing, beaming face of Michael Olcott that I enjoyed as a kid. On the contrary, it seems that Dad was constantly criticized in his own home, both for real and exaggerated shortcomings. From his Mom and Dad both. That had to be harsh. In such adversity, just like Avis Rent-A-Cars, Dad had to try a little harder.