This week’s post is dedicated to Carrie Fischer, who was a tremendous advocate for victims of mental illness.  Despite tremendous hardship and emotional neglect, she became the sole caretaker of her father Eddie Fischer during the last years of his troubled life (divorced 5 times!) in a completely selfless manner. 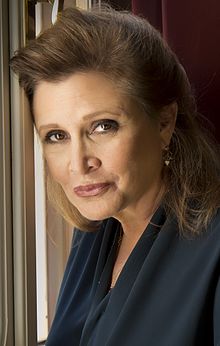 Brown Brothers Harriman.  Manny Hanny.  Cantor Fitzgerald.  First Morgan Sachs Fifth Avenue.  Taco Bell.  If Michael Lewis wrote about them, I interviewed there in my search to get out of a destructive work and family situation.  Like Horatio Alger‘s characters, I needed a powerful mentor to groom the trail ahead.  Lacking such, my quest was doomed to heartache.

Nevertheless, I did find many helpful folks along the way; it was just they were never in the right place to clear an obstacle for me.  Even though somewhat underpowered, I tried to compensate by being as thorough and complete as possible.  For example, an unusual source for job leads was to be found in the salmon pink colored folds of the Financial Times of London.  I knew this paper from my frequent trips to England.  There was a recruitment section on the back pages.  I answered lots of postings and bought sheets of international air mail stamps to send out my resume.

Occasionally, I received a courteous reply thanking me for my application.  Invariably, they promised to contact me promptly if “a suitable match were found.”

I watched the backs of pigs anxiously for any signs of wing buds.  But like watched pots that never boil, I couldn’t get my bacon to fly.