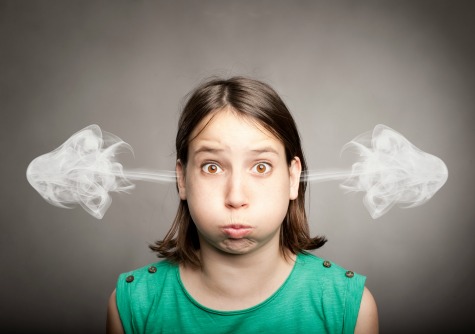 HOW TO DEAL WITH A PARENT OR BOSS SUFFERING FROM DEMENTIA

Dementia is a dreary affair or topic in life, much less a blog.

My readers will appreciate that I have tried to dress it up by adding all kind of stories about nostalgic New York, travelogues on Kansas, Japan, the Bahamas, and Lithuania, multiple marriages, the America’s Cup, and business school write-ups of niche industries.

Kudzu-eating goats even pitched in to help me out on my last entry, THE FINEST ESCAPE, PART 2.

But dementia remains the overriding issue that I have tried to address in my writings; and I have sought to do so as humanely as possible. It afflicted my Father, after all. I make a point out of capitalizing the words “Father” and “Dad” out of respect for him personally, for the role he played in my life, and for the enormous personal success he achieved in life, surmounting so many challenges.

Few, very few people ever scale the heights my Father did.

Yet my Dad succumbed to a crippling illness over the course of many years.  At the outset, I reiterate that I had neither special expertise nor basic knowledge of this affliction or of elder-care issues in general. Truthfully, I learned the hard way by surviving a family business, albeit with my insanity intact.

My ‘normal’ was my Dad’s successful international company, the standard by which I judged the world and work environments around me.

This family business was an opportunity that came searching for me. I knew it from childhood and it appealed to me on many levels. On certain others, however, I knew that I had to be cautious. There were warning signs that my Dad was not inherently stable.

That didn’t mean I loved him any less. We had had too much fun together, even if he had been quirky with paying for orange juice in years past.

Dementia exacerbated Dad’s worst traits. What can I say or write about an insidious disease that truly steals the soul of a loved one? Those afflicted are seemingly oblivious to its effects, while, on the other hand, they are painfully obvious to long-term family and friends. Obscure causes, an unknown cure, and the gradual nature of the illness feature among its damning qualities.

Many of the people close to my Dad in the 1980s and 1990s were not around him in the 1960s – like I was; I could add the 1950s and 1970s too, for that matter. They simply lack my extensive frame of reference.  The happenstance of divorce in his life had an odd way of erasing a common standard by which to judge him, as it would have been in a family with less off-season trading. 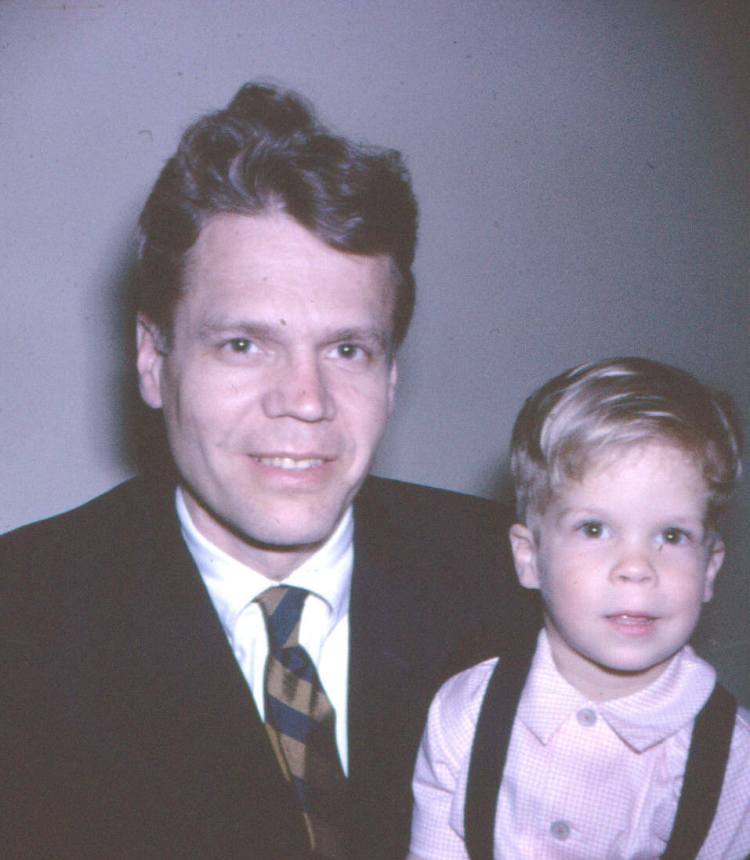 Furthermore, Dad’s family was all gone by 1977 with the death of his brother Edward. Wives Pat Terry and Graciela Levi were out of his life. Gloria was newly arrived in the 1970s. My Mom only had intermittent contact with him. The only one left from Dad’s past in his life day to day was I.

The eccentric man in the 1980s and 1990s who admonished me publicly that “e-mail will never be used for business” was the only version of Bernard Olcott known to most people.  While I knew differently, dealing with it was exasperating.

What made Life with Father even more difficult, amazingly, were those moments of clarity in my Dad’s words and actions during those tragic years. He knew, on occasion, what was the right thing to do, and he did it! The frustrating thing was to watch him unwind those very same wise decisions the next day.  Sometimes in the next hour!

Put another way, at any given moment, it appeared that my Dad could hold two diametrically opposed opinions in his head at the same time. I found myself invariably choosing one and pleading it back to him! Only to be told that I had “no sense.”

That was admittedly a bit too much for me to endure from time to time.

Not knowing the true extent of his malady in the 1990s, I held onto the illusion that I could reason with him. I always thought I could out-argue him.

In my many stories, I have refrained, for the most part, from describing my feelings at great length. Of course I was angry, even despondent at times.

My point in writing many tales about him, like the ones about E-mail and Yoshi, was simply to describe what happened, and then step back and let the reader judge for him or herself.

That said, looking back at so many interactions over so many years, perhaps I can transform my sorrow into something useful.

Perhaps you found this blog in your own personal search for help in your own life or with an afflicted loved one — what have others done?  Or what would they have done differently if they had understood the nature of the disease?  What can you do to promote a positive resolution of your situation?

Let me come from my experience and offer some guidance:

It bears repeating: Good fences make good neighbors. A healthier distance should work wonders in destressing your relationship with the afflicted person. If the kitchen is getting a bit too hot and uncomfortable, just go to another room.

Be kind to yourself and make sure you establish your own support network and keep it functioning.  Actively experiment and note carefully what works and what doesn’t.

You are not alone and you can survive dementia suffered by your parents, or anyone.  I did. 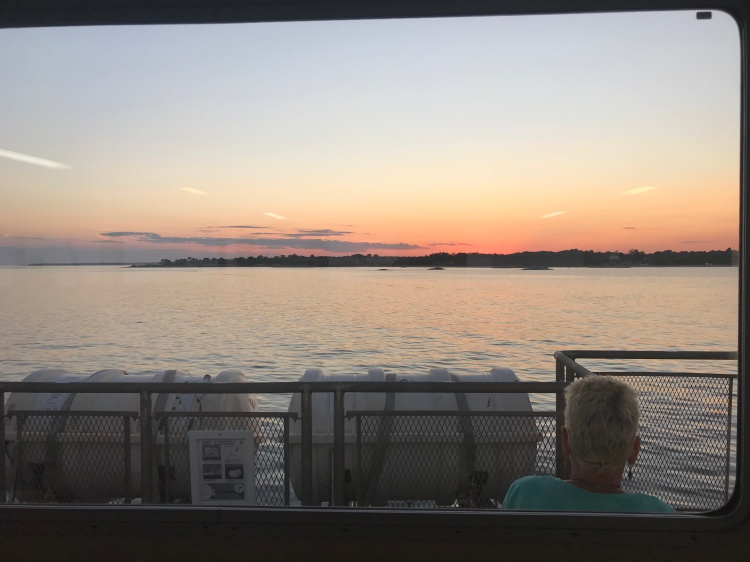 ¹ – As with everything on this blessed planet, your mileage may vary.  Just because you move from a close orbit to a further one doesn’t of course guarantee anything.  Take the example of Mick Taylor.  He became dissatisfied with the leadership of his famously successful English musical group in 1974 for a number of reasons, namely drug use (dysfunction) and denied songwriting credits (royalty income).  So he left the group and pretty much vanished from the music scene.  Perhaps one of the worst career moves by any known human being in recorded history, as it turns out.  Now, Taylor may argue that he had to do it for other reasons like he was better off personally (if not financially), at the time he was too frustrated, and that it was worth the risk.  Perhaps he needed to experiment more and create Plans C, D, and Z.  It is nevertheless beyond dispute that he is a gifted and talented player, so much so that his former band mates invited him back to play in concert in 1981 and 2013.  The point just needs to be made that success is not certain, even in pursuit of a solid BATNA.  To risk is, after all, to court either success or failure.  I admire him for his guts and the way he makes his instrument cry.