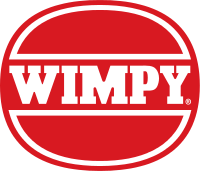 After leaving New York at 9 in the morning on Pan Am, Dad and I were walking down Oxford Street, London by 10 PM, iconic black taxicabs and double decker buses whizzing by. I was hungry and saw all the burger places, just like back home. London looked like my kind of place since my diet was comprised primarily of hamburger. Dad warned me that those English burger chains like Wimpy’s were not as good as the ones back home. He was right!

And so I made my first discovery about England – the cuisine was inedible! Remember that this was 1969, before the food revolution had come to Britain and reversed the tradition of a very poor local cooking tradition – principally by boiling – made worse by the war. While in England, I suffered continuous bouts of nausea.  Once on the London tube with my Dad, I remember sitting across from a mother and her son, maybe the same age as me. He was nauseous and vomiting so I instantly was sympathetic. The only problem was that he was getting sick into a clear plastic bag.