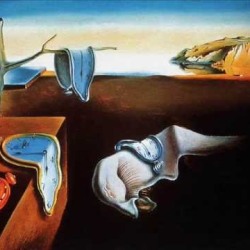 Most people think that working in a family business is a privileged position.  I can’t blame them for thinking that.  I have the impression myself that many are.

I wish that mine had truly been of that fortunate variety.

But it wasn’t.  My Dad just wasn’t the kind of person that you would want to work with, ever.

It was not solely because he was a nitpicker of the nth degree.  Or a micromanager who would agonizingly complete the job poorer than you.  Generally, such kind of people are insufferable to work with and are to be avoided like the plague.

Sadly, it went beyond that.

Maybe it was all due to his childhood experience of being second-place to an over-bearing older brother.  Or his troll of a father.  A mother who was overwhelmed by trying to shelter that older brother from the fault-finding excesses of her Stalin-duped husband.  Accordingly, one Sunday morning in 1943, she got up out of bed, had a cup of coffee, and expired, all by 11AM!

Could have been just a character flaw, plain and simple.