FROM HAWAI’I WITH LOVE

Notifying a distant family member of the passing of one of their own in the Aloha State is one of the least favorite tasks of the Office of the Chief Medical Examiner of Honolulu County, Hawai’i.  It’s typically done by telephone; calls are made in the morning local time to account for the time difference back on the mainland.

The script is very simple and to the point.  “This is Betty from the Medical Examiner’s Office in Honolulu, Hawai’i.  Mr. Olcott, I’m very sorry to inform you that your brother has died here in Hawai’i.”

In Edward Olcott’s passing, an additional explanation was necessary.  “Your brother passed away last week.  I apologize for the delay in notifying you but we were unable to identify your brother because he expired on the street and was found without any identification.  We surmise that his wallet was stolen when he died.  We had to send his fingerprints to the FBI and we just got the results back this morning.”

Next are the questions about medical history.  “Did your brother suffer from heart disease?  Did he use drugs?”  These are used to confirm the autopsy results.  In Ed’s case, it was a heart attack.

Finally, the key question.  “How will you be taking care of funeral arrangements?”
Now that involves potential cost to the family member answering the phone.  Bernard Olcott never liked to be left with the bill.  He liked it least of all when stuck with the check from the person he had fought so much over so little.  His own brother.

Dad put the receiver back on the cradle after receiving that call in late July 1977.   As noted in last week’s post, “DEATH IN HONOLULU,” his older brother had been found dead on Ala Moana Boulevard with no identification. 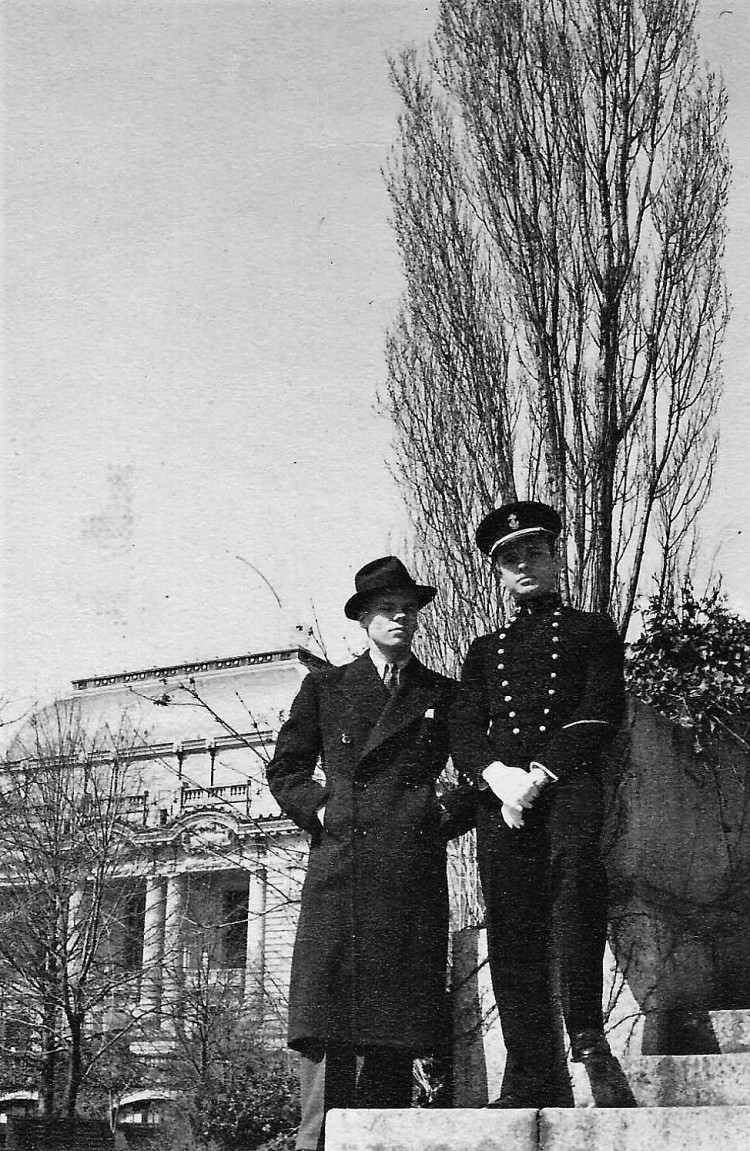 Bern and Ed at Annapolis. Ed’s graduation day in 1939?

My Dad and my Uncle were never close.  In fact, there had been a seething animosity between them ever since they were small.  You could say that this rivalry had been baked into them as they scrapped for whatever very modest spoils were left unclaimed in their sparse childhood home.  Their own Father hounded and berated them incessantly.  My paternal grandmother spent what little family capital she had to shelter her oldest, Edward, from the onslaught as much as possible.

Finally, she dropped dead of a heart attack on August 22, 1943, three days before my Dad’s birthday.  Had she done all she could and then simply reached the end of her tether?

Now 34 years later, Ed followed his beloved mother into the astral plane in the very same way.  This time, though, he was able to leave a present for his younger estranged brother.  Funeral costs!  In Hawai’i, no less, an expensive place!  Dad was indignant.

He reached for his black pop-up telephone directory and moved the slider to the letter O.  Pressing the bar on the bottom to flip open the cover, he  looked for Bobby Olcott’s number.  Over his lifetime, he had seen his oldest nephew maybe a handful of times.  In any event, he never mentioned him to me.  He dialed Bobby but there was no answer.

OK, he thought.  Next.  That would have been the second oldest child, Billy.  Billy and Sally both had been adopted by their new stepfather and had a new last name.  All the same, they were still listed under O in Dad’s directory.

To his regret, Billy was near the phone when it rang for him.  To him, it must have been another unpleasant surprise from Ed.  It was his former Uncle on the phone demanding that he take care of the funeral arrangements for the man he fired as his father.

As previously explained, Billy had found his early childhood with Ed to be intolerable – so much so, he and his younger sister had fled to the sanctuary of his Mom’s new family.  They had, in no uncertain terms, voted with their feet.

Billy reminded my Dad sternly of the new facts on the ground.  He was out of the Olcott family and was in no way responsible for Ed.  For some reason, he even had Ed’s hat, sword, belt, and shoulder epaulets from Ed’s US Naval Academy ceremonial uniform.  Dad demanded their return and Billy was only too happy to oblige.

Dad put the receiver down for the third time.  Looked like he was gonna be on the hook for the burial costs.  There was no one left to call.  He was the last man standing.  Ed had gotten him one last time, and gotten him good.

It’s not clear if the Medical Examiner’s Office gave him a list of funeral homes in Oahu.  Technically, as a public office, they are not allowed to “recommend” particular businesses.

For my Dad, no matter.  He just picked up the phone and dialed (808) 555-1212 for directory assistance in Hawai’i.  Now the 555-1212 look-up service back in the 1970s was a strictly a white pages operation.  You gave them a name, they give you the number.  What you couldn’t do was call up and ask for a couple of telephone numbers for certain types of businesses, like funeral homes.  As if you were shopping.  The phone company didn’t cotton to that. 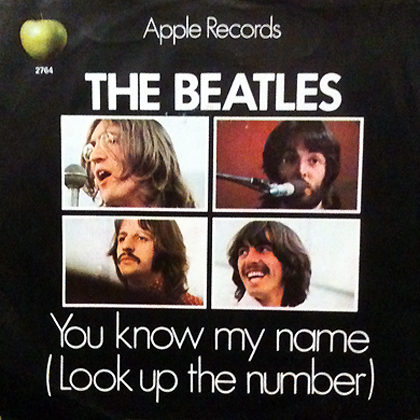 But Dad knew how to get around that.  He would call and ask for the number of “Rodriguez Funeral Home” playing the ethnic angle in an attempt to find a lower cost service.  At all costs (literally) he would avoid such expensive sounding names like “Borthwick Mortuary,” or “Oahu Mortuary.”  The operator might suggest those names to which Dad would say “Naw, that’s not it.  Maybe I have the name wrong.”

“They’re on Ala Moana Boulevard,” he would add to inject credibility into his phishing.  It was important to name some industrial area away from glitzy neighborhoods.

“Do you mean the Hosoi Garden Mortuary on North Kukui Street?” the operator would say helpfully.

Dad leapt at the Chinese sounding name.  China equals cheap.  “Yes, that’s it!” he declared into the phone.  “They’re on the corner.”  A sop to the operator.  (The two streets are not even close to each other).

Good thing he had not gone with the more expensive mortuaries.  You see, the cost was always going to be high for Edward.  As a Naval Officer, he was entitled to burial with an honor guard at Arlington National Cemetery, in Virginia.  The military pays for the burial service and the cemetery.  You just need to get him there, accompanied by a burial certificate and a funeral home director.  Transport of human remains is not a casual affair.

Unfortunately for Dad, Ed had to be sent from Hawai’i.  By air.  Fully prepped and ready to drop.  At least he shopped the deal and got the lowest price he could.  Donald Trump would have been proud.

Thus, sometime in September 1977, when I was back in college in Pittsburgh (then a different kind of mortuary), Dad did the needful.  Accompanied by Bobby, whom Dad eventually located (and who served as executor of Edward’s lowly estate), the two of them accompanied the flag-draped caisson across the fields at Arlington complete with honor guard.

One day, I will visit Edward to pay my respects to the Uncle I didn’t know. 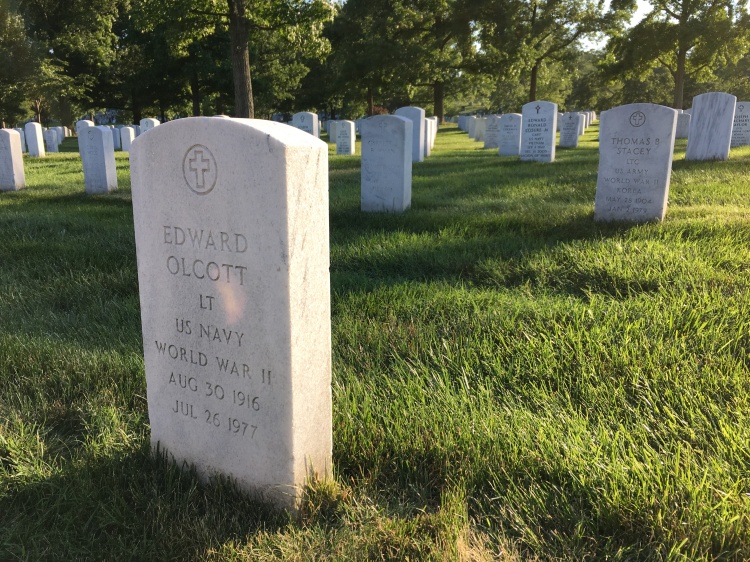 And I did, this week!

A note of thanks to both the Medical Examiner’s Office in Honolulu and to the Bruce Van Arsdale Funeral Home, Somerset, New Jersey as to how the burial of veterans are handled.  There are good people everywhere working in all types of businesses.