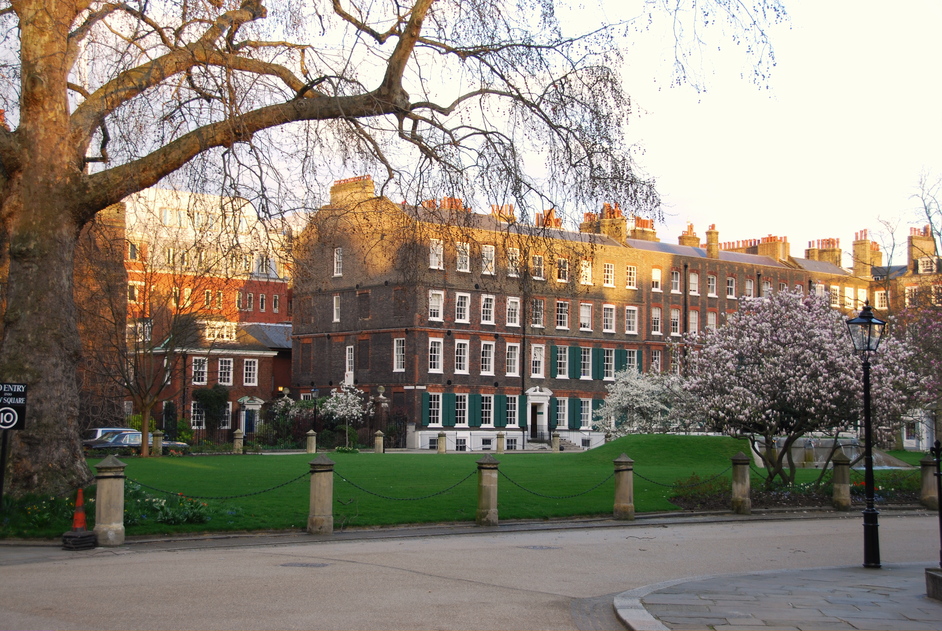 THE NEW BUSINESS OF PATENT ANNUITIES

Up for today is my Harvard Business School (“the charm school on the Charles”) case study about the industry my Dad created — international patent renewals!

As the 1960s progressed, Dad’s new business quickly subsumed his “normal” patent practice. He did keep working for some select inventors who intrigued him but spent most of his time promoting his new renewal business as a modern, computerized clerical operation.

Corporate patent owners were delighted and sought him out.  On the other hand, foreign patent law firms worldwide were scandalized! The renewal work for them was heretofore easy money; it was a simple annual reminder operation that brought in huge fees for little work. They accused Dad of skimming the cream off their businesses. Many fought back, in some cases by petitioning their local patent offices NOT to accept such payment schedules sent in from foreign offices in New York. However, some savvy patent law offices quietly became clients, preferring to take advantage of the lower fees and passing them along to their clients to curry favor.Patent Offices blocked by local agents were simply an extra challenge for my Dad. In some cases, he formed alliances with prominent patent attorneys like Dr. Guido Modiano in Milan or the Marquis of Cortina Gomez-Acebo of Clarke Modet & Cia in Madrid to handle and transmit his payment schedules in Italy and Spain, respectively (where he could not go direct).

In Japan, however, Dad was unable to form an alliance with any patent attorney. He was completely shut out. Somehow nevertheless, he befriended a fellow inventor (like himself) named Dr. Hiroshi Horibata who had experience filing his own patent applications in Japan. Although not a Patent Attorney himself, he personally knew the staff at the Japanese Patent Office and persuaded them to accept the payment schedules as hand delivered by him together with a banker’s draft in yen to cover the official fees. Dad’s relationship with Dr. Horibata lasted over 5 decades!

With profit margins as previously described, Dad of course managed to create not much of, as we say in business school, a barrier to entry, but rather an invitation to join the party! And already by the mid-1960s, there were a few other patent attorneys who found a use for computers in patent renewal management and began offering similar services. Some claim to have started earlier. I am not prepared to judge if any came before Dad in this blog – my Dad claims he was the pioneer and I take him at his word.   But all of these men are truly part of a special fraternity and I ultimately had the pleasure of meeting many of them. John Dennemeyer, for example, was an American Patent Attorney based in Luxembourg and created the patent renewal firm Dennemeyer & Associates.   Bob Gerhardt was another Patent Attorney based in the Detroit area and founded Master Data Center as another competing patent renewal agency.

Profit margins notwithstanding, there was a huge potential liability to consider. Let’s say you are a renewal specialist and you are trying to pay the 19th annuity for patent no. 2928554 somewhere and due to either a human or computer error, the digits are transposed to 2928544. Your payment would be rejected and the patent would lapse. After all, in this digit intensive business, how could the Patent Office guess your real intent? What if this was a huge money maker for the corporate owner? You could be sued for millions! Dad had solutions for these problems of course! He had proprietary safety nets that actively searched and cleaned patent databases of such kind of errors. On the strength of his processes, he obtained an errors and omissions insurance coverage from Lloyd’s of London. I could never find mention of such insurance protection by Dad’s competitors (though it seems unlikely to me that they did NOT have such business liability insurance).

It should be clear that if the dear reader suffers from dyslexia, this is NOT the business for you!

In terms of business name, “Bernard Olcott & Associates” and “Bernard Olcott, Patent Attorney” were the names posted on the door and in the lobby of the Pan Am Building. I first noticed the use of his trade name “Olcott Inter & Co AG” on his business stationary letterhead sometime in the mid-1960s. “200 Park Avenue, New York, New York  17,” it proclaimed, with associates in London, Zurich, Tokyo, and Milan. The telex address was simply “BOLCOTT NEW YORK.” Dr. Modiano had to be the “Milan” associate while certainly Dr. Horibata was the man in Tokyo. For the life of me, I have no idea who the Zurich associate could have been and never even remembered Dad talking about repeat visits there or anything about Switzerland’s largest city. As for London, that is worthy of extended comment.

As concerns the United Kingdom, Dad struck up a relationship with Norman Waddleton, Edward Stanton, and Ray Chinnery, partners of Marks & Clerk, one of the world’s premier and oldest patent law firm in the world, at the time based in Lincoln’s Inns Fields. The UK, like France, was a country that accepted my Dad’s payment schedules directly from New York so he didn’t need a local intermediary to process inbound payments.

But as a source for potential clients (and outbound payments) Marks & Clerk was huge.  They had relationships with many of the world’s largest corporate patent owners based in the UK and Europe. The potential for collaboration was enormous. Edward at the time was a Junior Partner and had conceived of computerizing patent data for scheduling and tracking in 1967.   As Edward recalls:

“Shortly after having decided to implement that system, we heard of your father’s system, rather different but much easier to put into practice and already operating, the result of your father’s characteristic drive.  He showed us how he made the payments to the foreign patent offices, which was different from our payment system though we already used the method for the UK IPO.”

Thus began the discussion of creating a partnership between Bernard Olcott & Associates and Marks & Clerk to create the world’s largest patent renewal agency.  To be based in St. Helier, Jersey, Channel Islands as the maximum tax rate in mainland Britain was approaching 90%!  (This is the same period as the Rolling Stones left Britain as tax exiles).

In July 1969, I accompanied my Dad to Lincoln’s Inn Fields to meet Norman, Edward, and Ray, to Madrid to meet the Marquis of Cortina, and even became friendly with a Member of Parliament! It was my first business trip with Olcott International! It included a stay in Paris, romps in the Channel Islands, and ended with a sojourn at the Palacio Estoril resort outside Lisbon. While in the United Kingdom, Brian Jones of the Rolling Stones died in his swimming pool in England and Neil Armstrong set foot on the moon. I watched one of the greatest moments in history on the BBC. As an 11 year old, I was proud both of my country and my Dad; my small steps leaping in my Dad’s giant shoes.

More about that trip and the proposed merger with Marks & Clerk in a future post! 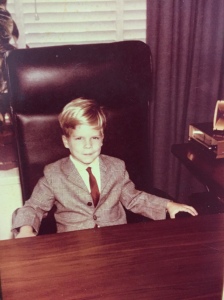 Above: A photograph taken by Bernard Olcott of one of his worldwide business associates who attended negotiations in Lincoln’s Inn Fields in July 1969.