MAYBE THERE WAS HOPE!

As relayed in my previous post, “TWO RABBITS, ONE DEAD,” by the early to mid-1980s, the Patent Annuity payment business had evolved to the point where corporate patent owners had lost interest in a basic renewal service. (See my post, “THE BIGGER IDEA (AND ME AS WINGBOY)” for a basic explanation.) What they did clamor for, however, was software to manage their patent files and operations.

These patent departments were awash in paper! They desperately needed to computerize their operations.  By converting paper to electronic files, they could junk their antiquated manual reminder systems. In other words, it was time for them to turn their operations into a modern computer-managed process.

A cheaper and more efficient renewal payment service just didn’t set any bridges on fire anymore.  At least, not like it had in the 1960s. Disruption had moved on.

Dad was extremely resistant to extend the Olcott International brand to a marketable piece of software.  That would have entailed restructuring his business to meet the emerging disruption (please review Rebecca Henderson and Clay Christensen, disruptive innovation experts at the  Harvard Business School).  Dad now confronted the same disruption challenge he had once imposed.  To respond or not; to react incrementally or radically?

At the time, I was of limited help in addressing this existential threat as I was completely computer illiterate.  We did have some kind of mini-computer in the basement that kept our clients’ patent data on big removable disk drives.  (We had off-site storage facilities to prevent loss from fire, Bigfoot, or nuclear attack).

My personal use of that system was limited to occasionally playing a weird word-based ‘Star Trek’ game on the computer. You would type a command into a DOS looking green screen and the program would spit out the result and maybe give you a choice or two. Did I mention that it was dull? (I barely remember this stuff.) Anyway, Dad found out about it and the program was removed after a few weeks; so much for the Prime Directive.

On a more upbeat note, our programmer knew the fine art of printing images of naked ladies composed of various characters (like @#$%^, for example) on big sheets of tractor -fed green lined paper. This was called ASCII art. It was like samizdat; hurriedly put away if Dad was around. Such frivolity typically provoked a nasty harangue against wasted time and resources (computer paper, ink ribbons, computer time, and what-not, to name four). 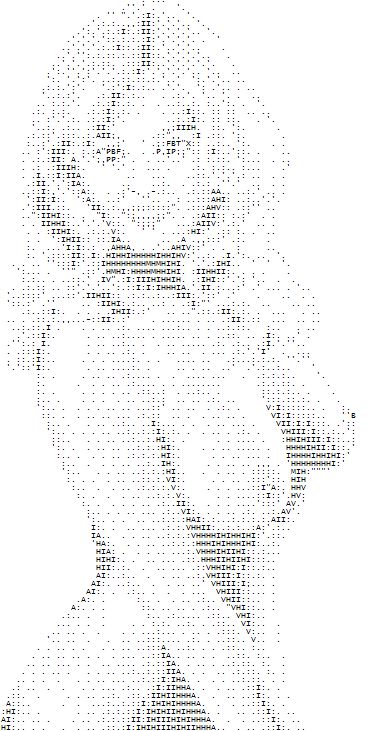 Back to work. In addition to my duties as Trade Mark Manager, I was expected to cold-call Chief Patent Counsels and sell the annuity payment service. My pitch was designed to reel them in on the lure of thousands of dollars in cost savings. For various reasons (like those cited above), Chief Patent Counsels displayed an appalling lack of interest.

Sometimes, they would ask me if we marketed any kind of patent management software. (As written above, the answer was “no”.) But generally, I got the impression that they were bored with the offer. Saving a few thousand in renewal fees wasn’t cutting it.

You see, as discussed in my post, “A MAN OF LETTERS,” these guys increasingly spent their time devising creative arguments for infringement litigation – that’s where the big bucks lay. Consider the recent Apple-Samsung litigation over smart-phones, for example. These guys are in court in the following countries: US, UK, South Korea, Japan, Germany, France, Italy, Netherlands, and Australia. There are decisions in all of the above in favor of both litigants. That will keep BJ Watrous and Seungho Ahn (Heads of IP at Apple and Samsung, respectively) and their staffs in Palo Alto, Seoul, and elsewhere busy for centuries! Gazillions of dollars hang in the balance!

As explained in the last several posts, my parent and boss, Bernard Olcott, had started to display a bizarre habit of asking an employee to do something and then later, feigning ignorance of the previous order – and, in a state of shock and outrage – bitterly criticize the very same employee in very personal and acrimonious terms for having taken the requested action.  I mean, what the fuck?!

This inconsistent behavior made for continuous unpleasantness in the office, even a hostile workplace at times. Obviously, this made getting business done very difficult for me. My cousins, Billy and Sally, had also suffered from continuous Olcott-sponsored “unpleasantness” from my Uncle. Remember their solution? (Hasta luego, baby!)

Before I could ever contemplate removing myself from Dad’s clutches in any capacity, I needed to try everything, like maybe getting help from an ally. Dad was running too much interference for me to deal with on my own.

What exactly was wrong with Dad? Sadly, I had no idea. In some ways, he was always somewhat erratic; the euphemism for people like this is “eccentric.” That’s too mild a term, however. Having a father (and boss) behaving like this filled me with dread, sorrow, and shame.

Honestly, I can’t think of any other way to describe it. The man who had challenged me to peer into the new modern world as a child – maybe sometimes teasing me mercilessly (please see my post, “IS NOTHING SACRED”) – was showing evidence of undergoing a personal meltdown. And, try as I might, I was running out of options.

I tried calling it to his attention, for example. This only provoked a “catastrophic reaction.” Mike, the Accountant, would admonish me “you attract more flies with honey than vinegar.” I gave that a shot, too. No improvement. So, I tried explaining rationally to Dad our common interests in the short, medium, and long term. He found my arguments to be not compelling. I was called “quarrelsome.”

In vain, I pinned my fading hopes on the Giants within reach; see my post, “OF GIANTS AND DWARFS.” The Head of Lysaght, as mentioned last week, offered himself up as a potential ally, much to my delight. He seemed to have the right stuff to warrant consideration. Dad shot him down without so much as a look-see.

Seemed like I was very much on my own. The time had arrived where I had to make a choice that shook me to my core: Did I owe it to myself and to my sanity (what was left of it) to leave the business? If yes, what the HELL was it exactly I was going to do?

One day in late 1984, Dad came to me and said that we were having a visitor come to the office. Who?, I wondered. Would it be a Giant or a Dwarf? Mostly, we had Dwarfs coming by back then, though some of them admittedly were very entertaining.

Turned out that the gentleman’s name was Bob Gerhardt. He was a Giant of the highest order, founder of one of our biggest competitors, Master Data Center (based back then in the Detroit suburbs). A ninety-ninth percentile kind of heavy-hitter.

I was elated! Maybe there was hope after all!