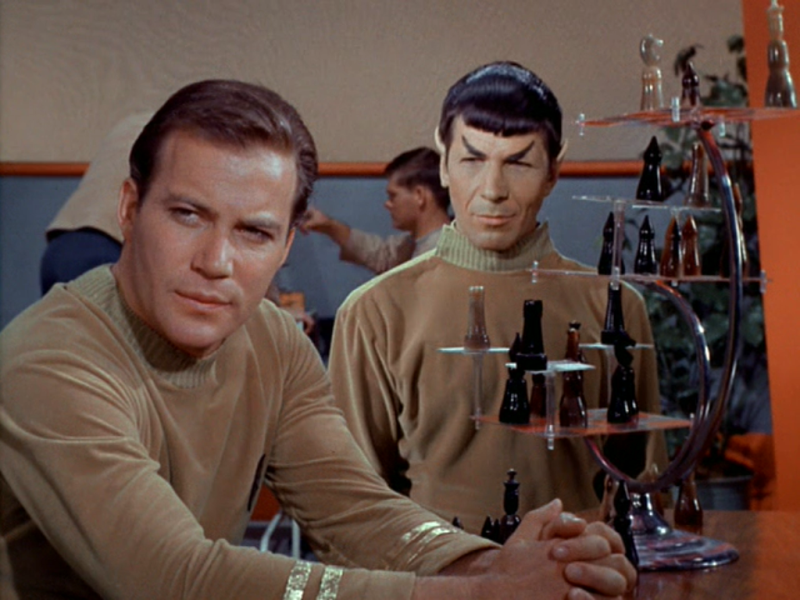 I always regarded my Dad as some kind of futurist when growing up in the mid to late 1960s (and well afterwards).  As relayed in my post THE BIGGER IDEA (AND ME AS WINGBOY), he took me frequently to the PSI Computing Center on 42nd Street, a space-age looking place filled with refrigerator-sized computers.  Real ones, complete with periodically spinning tapes and blinking lights.  I had seen mock-ups on various science fiction shows on TV of course but there was nothing like the real thing.

If imitation is the greatest form of admiration, then I wanted to be forward seeing and thinking, too.

Maybe this is what explains my lifelong fascination with technology, space exploration, and science-fiction.  Over five decades, I have witnessed jaw dropping progress in the first two, and interesting spins on the third.  Just a few weeks ago, mankind saw the face of the (dwarf) planet Pluto for the first time; it even greeted our little spacecraft with a lovely white heart shaped feature front and center.  This was an improbable sight for human beings born in the 20th century until only recently. 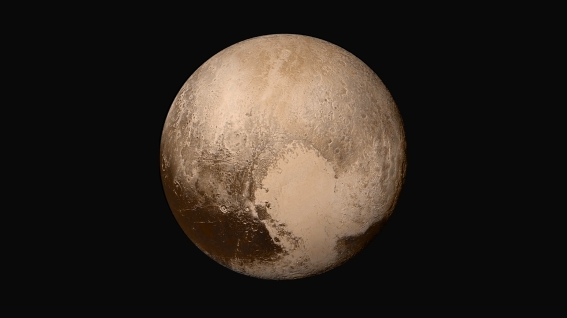 We are all among the first humans to see this sight — the face of Pluto, complete with heart-shaped feature.

My TV viewing habits reflected these preferences as I eschewed Westerns in favor of space dramas.  “Lost in Space” was an early favorite.  Episodes like the series opener where the Robinson family gets lost (due to the dastardly Dr. Smith) or where Judy discovers an alien mirror (with all kinds of weirdness trapped inside) captured my imagination.  However, LIS got loopy when Pirates, Space Hippies, talking vegetables, etc. started landing next door, always tempting Dr. Smith with escape to Earth at the expense of the others.  Having a pet monkey running around saying “bloop” didn’t add much entertainment value either.  Even Billy Mumy became a drug addict (and has since gone clean).

Dad never showed any interest in “Lost in Space.”  In any event, the show was cancelled in 1968.  Guy Williams (the actor who played “Dr. Robinson”), in the prime of life, apparently was so disgusted with his experience that he moved to Argentina, never to act again.  It was like someone who doesn’t date anymore because they were dumped by a lover with the explanation that they were going to the “other side.”

I moved on to “The Invaders,” which was an “Invasion of the Body Snatchers” type of story with aliens taking over the Earth.  One day in 5th grade, I was having a debate with my pal Bob Anderson on the best TV shows and naturally I advocated for my favorite.  Bob, who was into the same stuff as me, told me about a new series called “Star Trek.”  He thought it was just the bomb.  I gave a shot. Star Trek was odd at first, very cerebral.  But the more I watched it, the intrigued I was.

It had none of the campiness of “Lost in Space” nor the monotony of “The Invaders.”  There was a strong “democracy-is-messy” feel of realism about it.  Hokey technology like the “Lost in Space” robot screaming “Warning Will Robinson!” was replaced with a plausibly thoughtful onboard talking computer (and maybe served as inspiration for HAL in 2001: A Space Odyssey).  Some episodes made thinly veiled references to current problems like race relations – one episode featured a war between half black and half white humanoids.  The ones who were black on the left side fought those who were black on the right side.

So after watching a few episodes of this, yours truly was a captivated nine year old in 1967.  A vision of futurism at its best.

I was so excited about this program, I couldn’t wait to show it to Dad as soon as I got back up to New York for summer vacation that year.

At first, we were always busy whenever the show aired on WNBC-TV, channel 4 in New York.  However, I continued to excitedly tell him about it and Dad showed polite interest (if any at all).

Finally, we were home the night it was on.  I was thrilled!  I plopped him down in front of the TV.  Excitedly, the dramatic theme music came on, “Space, the final frontier…”

I watched him carefully for a reaction.  Nothing.

The show began with Captain Kirk on the bridge.  The computers on the bridge were busy pinging away.  Sulu was fiddling around with some switches on his counsel.  Something was on the main screen.  Mr. Spock came up to Captain Kirk and solemnly gave details about an unknown approaching object.  I was rapt with attention.  Soon the nature and threat of the storyline would be revealed, which would call for some inventive and thought-provoking resolution.  I strained to pay attention to Mr. Spock’s dialogue, when Dad interrupted.

“Who’s the guy with the pointy ears?” he bellowed.

“A Vulcan, from the planet Vulcan.  Let’s listen to what he’s saying, ok?!”  Jeez, Dad’s chatty patty act during my favorite TV show was wearing me out.  Was it possible for him to just shut up?!

“He looks like a chop suey salesman!” Dad smirked.  Ughhh!

“Stop!!!  This is serious.  Something is approaching the Enterprise.  Can you give it a minute?”

Dad would have none of it.  He repeated his charge that Spock was a chop suey salesman.  What’s more, he knew of several Chinese restaurants in the hood that were running low.  The guy with the pointy ears better get there fast, he claimed, otherwise there will be no more chop suey!  He pulled his face tight like a wild-eyed Chinese man and strode around the room peddling noodles.

My sacred Star Trek TV program was being ripped a new one by this ersatz Fu Manchu running around the room shouting “Chop Suey for sale!!!  Why you no buy?!!!”

I was curled up on the floor howling and choking with frustration, laughter, and anger, all at the same time!  I pleaded with him in vain to give it a chance.  It was the future, for crying out loud!  He had to like it, didn’t he?  I was angry he kept asking the same stupid question about Spock.  Just let it go, for the love of Pete!  But I also found myself laughing hysterically because it was too funny.  My Dad as Spock as a chop suey salesman!  Clearly, the evening had gone off the rails.  His send-up of Spock was silly and ironic; I was choking with three emotions over a character famous for having none.  Well, look at the picture above from an early make-up call on Leonard Nimoy.  He does look vaguely Asian.  (In actuality, he was born in Boston to Jewish parents).

Dad continued his pantomime of Mr. Spock flipping imaginary noodles in a wok.  I had been launched into orbits of uncontrollable laughter.

“Ridic!” he declared, as he walked out of the room to do something productive with his time, most likely unrelated to chop suey.  He was never one to watch much TV anyway as I later discovered.

My viewing experience had nevertheless been left in shambles.

It’s only fair that I give him his say on this topic as I panned him earlier on some of his favorite music — see my post “FOUR SLECTIONS FROM DAD’S iPOD.”  Futurist or not, he had no use for Star Trek today, tomorrow, or on stardate 6000.  There’s no arguing tastes, even among fathers and sons.

And it was of course one of the earliest indications that Dad really was an iconoclast.  Sometimes, he just wasn’t the man you thought he was.