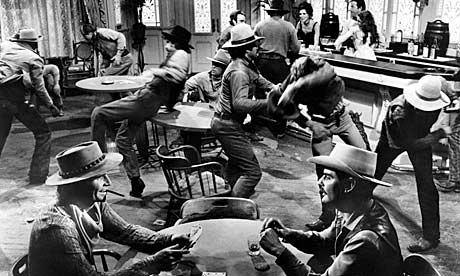 So, I zeroed in for the kill. This was gonna be a drop kick in my local Kangaroo Court. There was no way I was gonna lose this case. My first victory. Imagine that!

“Dad, that’s a Drop-Down button,” I corrected him sternly. Precision was more than past due in our software efforts.

“Drop-Down!” I said again, loudly and more stridently. I pointed to the button on the screen, next to the Prior Art field (see my post last week for a discussion of screen elements — if you’re really interested). “We need to be more precise about our language if we are going sell this product,” I added.  My turn to give the retribution: he was wrong and had it coming.

“James,” Dad shouted as he pushed back on his chair, standing, “again you show no common sense!”

‘What?!’ I asked myself. Is he going to try to humiliate me again, this time in front of Steve and Peggy? No way, I said to myself.
“Dad!” I shouted, “this is called a Drop-Down button! Get the lingo right if you wanna be in the software business!”

Dad hated the idea that Olcott International was in the software business.

“Steve!” Dad shouted, “Is this called a Drop-Down or a Pop-Up button?” He wagged his finger ambiguously at the screen.

(Yoshi would sometimes joke that, in the middle of arguments, my Dad would occasionally ask the cleaning lady to weigh in and adjudicate.)

I waited an eternity for Steve’s decision and my long-overdue vindication. Steve knew software; he was a programmer. Of course, he knew the difference between various screen elements.

He was also a heroin addict.

Steve paused, his brain on tilt. Would he agree with me and risk taking a bullet for me?

“Pop-up,” he blurted out, eyes dazed.

“Oh, for fuck’s sake,” I muttered. Steve ended up answering a different question.

But there was no time to react. Dad had jumped to his feet and demanded that I leave the room. I was furious with both Steve and Dad. I wanted to protest that both screen elements were present on the screen, but the button was a “Drop-Down.”  And that was the point.  In the heat of the moment, I could only sputter out phrases of exasperation and frustration. What was wrong with these people?

It wasn’t this humorous, trust me on this.

All of sudden, my Dad had his fists up and he actually started throwing punches at me. In addition to everything else I was feeling, now I had to deal with my Father taking swings at me! I jumped back and assumed a slugger’s posture in self-defense, just as Minou had predicted years ago. I was not going to tolerate becoming a punching bag.

Then, Dad came at me, jabbing.  Although lacking experience as a barroom brawler, I was surprised at how easy it was to dodge his parries. But, as I jumped backwards, suddenly I had another problem; I was backed up against the wall.  I had no place to go!

Steve and Peggy were shouting at Dad to stop but were probably too stunned to pull him back.  Everything was going down much too suddenly.  Now out of maneuvering room, I saw Dad reaching back with his right fist and punching forward.

It was child’s play to block his parry with my own fist.  I did it instinctively, without any thought whatsoever.

Besides the shock, fury, outrage, and everything else I was feeling at the time, I found myself taking a measure of my Dad’s life force. It was purely subconscious, just something I noticed without putting it into words — until now, writing about it decades later.

There was no vitality in Dad’s motions.  His punch forward, which I blocked easily, had nothing on it. It was weak, without strength. I realized instantly that I could probably really have hurt him by punching back, even lightly. There was no way I could do that.

A tide of profound sadness carried me away into the darkness, which is full of terrors. Aside from being in a fight where you couldn’t throw a punch, especially a justifiably defensive one, the circumstances were appalling.  Was I really in a fist-fight with my parent? Over what?  Screen element terminology?

Dad’s mortality — and my own — was staring me right in the face, through his eyes, that day.  He was spent physically.  I felt sad for my Father (I capitalize the word Father, since this is a blog in his honor, on good days and bad), once a Giant in my eyes, obviously eclipsed by life.  Torrents of pain and sorrow lashed at me inside, hurting me much more than his hapless attempted blows ever could.

At that moment, I was emotionally and spiritually done, played out, exhausted. Somehow, in the maelstrom, Peggy and Steve, possibly with Bob Gerhardt and Yoshi in tow, had grabbed my Dad and pulled him away from me. Released, I calmly grabbed my things while the others surrounded Dad and engaged him as positively as they could manage, given the circumstances. As for me, there was no question whether or not I would stick around in the office any further that day.

Mortality is a bitch.

Needless to say, I was shaking when I walked out the door to my car. I have no recollection of what I did for the rest of that fateful, frightful day, February 24, 1995.

Like Jim Carroll in his song “Catholic Boy,” I sought extreme help. There was no way I could tolerate myself being in such a physical altercation with my parent, the one who had created this business and taken to me to the heights.  Even if nothing was sacred, I  wanted to be in a better, more filial space with him.

Besides, he was frail.

There had to be a better way.

My priest suggested the sacrament not of unction, nor extreme unction, but of laying of the hands. That next Sunday, I found my way to a small sanctuary of the Church where the sacrament was administered. It was in a dark, small, cloudy room with an altar and railing. A priest, whom I had never seen before, administered the blessing.  I felt something like 10,000 volts surge through my body, like a form of spiritual shock treatment.

Within a few days, Bob Gerhardt brokered a cease-fire, and I was back in the office with a handshake from all sides.  Then life proceeded as if the incident had never happened.

Dad had apparently sought medical treatment as his right fist was in a metal brace from where, he claimed, I had “punched him.” Oy vey! Even though it was clear to me that that his injury was completely self-inflicted, I was not inclined to debate him on the point. All I knew was that, with profound feeling, this family business was not a safe place for me and it was time to get out. As soon and as safely possible.

My insanity depended on it.