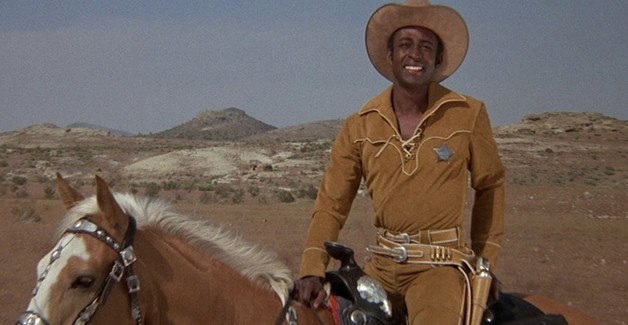 BACK IN THE SADDLE

It was good to be back at Olcott International despite certain ominous dark storm clouds.  And the odd soul grinder.

For one thing, Bob Gerhardt continued to be browbeaten and didn’t seem to like it any more than when I had left him to his fate back in 1986.  But still here he was, plodding along in Weehawken.

Bob continued to lead up the development of patent management software.  But oddly, there seemed to be more than one software project in motion in what ostensibly was not exactly a Fortune 1000 company.

Bob and my Dad had teamed up together in the late 1980s to create OIPMS, a DOS based application designed to intelligently manage the complete life cycle of patents.  These were classic black-screen applications with blinking white cursors.  They weren’t pretty but the design was so good that one of my readers here – a patent attorney no less – still uses his copy to manage his portfolio.  As this is being written in 2017, that’s saying something!

However, along the way, Bob had had a new idea.  As he was supposed to.  And it was based on an emerging paradigm in computing.  A new operating system had hit the market and it was going to be big!  It installed on top of DOS.  Screens were bright and colorful.  You now typed on blank white pages – like you do in the physical world – and multiple applications could run on your screen in overlapping windows.

It was called, strangely enough, ‘Windows!’ And navigating applications no longer required leaning on the directional arrow keys on the keyboard.  Heretofore it was point-and-click with a gizmo called a mouse.  Windows was revolutionary!

Bob had eagerly adapted to the new virtual word order.

But Dad?  He loathed it; couldn’t stand it!  He thought the bright screens were simply gimcrack for simpletons.  If he were to catch you reading this blog, he would likely ask you with a straight face if you might happen to know any such excitable fools.  Any attempt to persuade him on the benefits of visual displays were, quite frankly, highways to hell.

The advantage of graphic displays was one of those things that seemed so, so, so obvious to me in rapidly understanding and internalizing data.

Although Dad was a complete refusenik, I felt it was my duty to drag him into the new era.

I tried reasoning with him.

“Dad,” I said, “consider the following data.”  He really didn’t like it much when I attempted to learn him things.

Looks like a stream of ordinary numbers organized by year, right?

Now, how about if you look at the data this way?

This graphic relayed the very same information.  But, in the latter case, you could see instantly that there were some significant jumps in quantity after 1990, 1991, and 1993.  And then things grow at a much smaller pace.

Quicker data pickup allows for easier insight behind the numbers as well as avenues for further exploration.  That enables, as Bill Gates would later write, “business @ the speed of thought.”

But, you see, that is the problem.  Dad didn’t want “insight,” “outsight,” “vision” or, certainly, employees seeking “avenues for further exploration.”  Hell, they might leave Weehawken and drain the Goddamn pool of cheap labor!

To put it mildly, Dad resisted the notion that graphics lead to more intuitive comprehension.  He swore he could look at the numbers and see the same jumps.  Who needs to spend extra money for Windows?  Leave DOS well enough alone!  “You’re a bunch of dumb bastards!” he swore as his temper swelled, clearly frustrated that he was seemingly surrounded by naïve dolts, nitwits, and suckers for the latest thing.

I really couldn’t let him get away with what I thought was just plain obstinacy or mental laziness.  A highly successful man needs to remain knowledgeable and get on with the times.  I saw it as my duty to the business to remind him of this.

Unfortunately, such diligence on my part made for endless opportunities for argument and, often, vitriol.

Bob Gerhardt had struck upon the idea of rewriting OIPMS for Windows, rechristening the new product with the moniker ‘VPMS,’ standing, unfortunately, for “Visual Patent Management System.”

As you can imagine, Dad, who liked visual graphics not a whole heck of a lot, liked them even less as the basis for a patent management software system.  The “computer department” was often a scene of intense disputes resembling a flaming overturned diesel semi-trailer that had collided with the truck for “Call Ahead.”  On the North Korean side of the demilitarized zone.

The really odd thing about the two products is that although Dad funded both OIPMS and VPMS, he seemed to relish any potential for competition between them.  Although they were designed from the same header and item screen concept (the header being the underlying invention, while the item was the patent registration by country), VPMS was the new upper-level product while OIPMS was definitely the econo-line.

But Dad didn’t just argue with me.  Or Bob.  He often engaged in dismal disputes with clients!  One such was an international manufacturer based in Western Europe.  Really, this was a golden account; one that Dad had secured in the 1960s with the help of Dr. Modiano.  By the 1990s, this client had asked to change the format (or syntax) of their patent numbers appearing on our reports.  To Dad, for some reason, this was beyond sacrilege and he began to fight them in the same tooth and nail fashion that was his hallmark in the 1990s.

In my view, the number change was almost meaningless; the client wanted to add a two digit prefix to the patent number representing the grant year.  Dad argued that it was redundant; he already had a year field; why not be happy with that?  He had a point in that it was duplicative.  However, a big client is one that renders a lot of revenue.  And if they insist on some minor change with no impact, why not let them have it their way (Burger King reference)?  There are always exceptions; deal with them.

Yes, it was great to be back!  Them green eggs was awfully tasty!

Rosie used lots of visual props to prove her point!