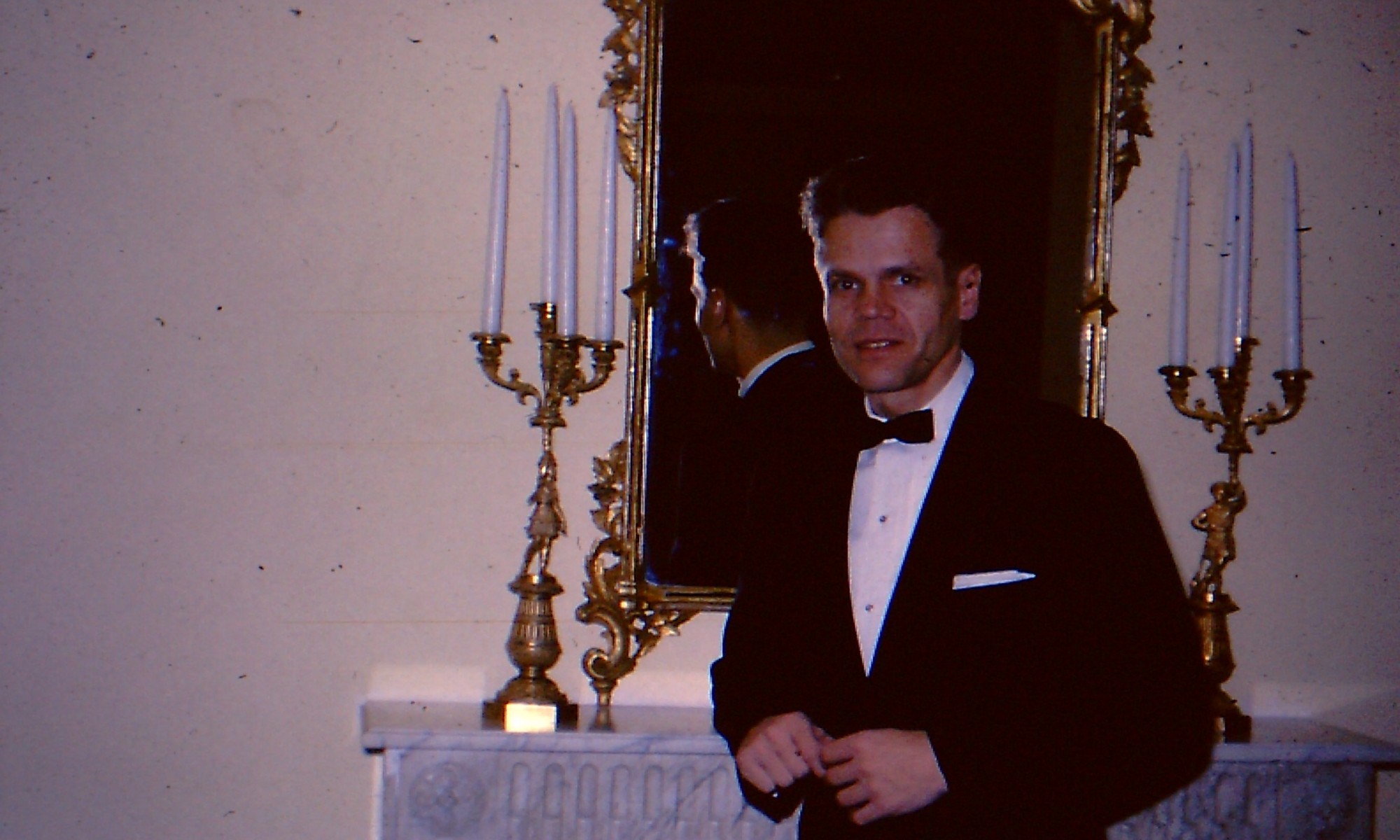 Please allow me to introduce you to Bernard Olcott, 1918-2006, a man who led a legendary and iconoclastic American life.

Welcome to my blog.  My goal is to provide you with stories from times past by which you might catch glimpses of yourself, or of someone you know intimately. Bernard Olcott touched the world, from Japan to England to Egypt to Kansas to New Jersey. Maybe you know some of these places, too.

Every Thursday afternoon, I’ll present you with a new story, some new adventure or insight, dusted with more than just a little modern context and quirky cultural references. Dad loved screwball humor; although he took himself seriously as an attorney, he wouldn’t stop laughing if you called him an ‘ambulance chaser.’  You see, this is the point: we can’t pick our parents, but we sure as hell can cherry pick their best qualities. And that, my friends, is what will set you free.

Born into an immigrant household in Queens, New York City, whose parents had only four years earlier arrived from Tsarist Lithuania, he leveraged his educational opportunities and served in the US Army during World War II.  After the war, the experienced radio and electrical engineer ascended the ranks of society by rubbing elbows with the beautiful people at The Stork Club. He married into the family of Heckle and Jeckle. Exchanged letters with Albert Einstein. Created a worldwide IT business in the 1960s serving giants of industry. Finished his working life by penning patents with Ted Hood covering innovative keel designs for yachts racing the America’s Cup.

Along the way, he divorced five times – my mother was his second wife –  and suffered through dementia in his later years. His infirmity provided opportunities for two individuals of dubious reputation to peel away millions of his accumulated fortune. Anastasia did scream in vain, I assure you.  There were good days and bad days, just like for any of us mortals. But he had a way of not letting the bad ones negate his best moments.

If you go back to my main welcome page, the latest story will be just below this brief introduction, which remains on top to welcome new readers.  Keep scrolling down and you will see the story before that.  Go all the way down to the bottom (allow extra time for WordPress to scroll and paint content), to the post entitled “YES DEPOSIT, YES RETURN,” and you will have reached my very first post from February 2015 (recently reprised).

Most posts are intended to be read as stand-alone stories.  There are a few series, like those about Yoshi, Alexander Hamilton, my Mom, France, excessive swagger, sticky fingers, corpses under motel mattresses, or whomever or wherever, that are meant to be read as a group.

Be a free-range reader of the life of my Dad.