MR. CLEAN AND ANOTHER END

Back in 1961 and 1962, I would often be plopped down in front of the black and white television.  In between ‘Heckle and Jeckle’ and ‘Mighty Mouse‘ cartoons, there were commercials, many in great sing-along formats — sometimes both cartoons and commercials featured bouncing balls.

But there was one that always remained far and away my favorite.  Mr. Clean:

There’s nothing you can’t do, Mr. Clean!

Oh gosh, do I remember clapping along to this jingle!  I would get my Mom and Pia, my stocky middle-aged and eastern-European (Hungarian?) nanny, to join me in song and dance.  I was a very infectious musical conductor.

One day, there I was plopped down as usual on the floor in front of the boob tube between the kitchen and the living room.  Cartoons were on the TV in front of me.  The odor of Mr. Clean wafted from the kitchen as Pia mopped the floor with the stuff.  The bucket was to my right.  I was practically swimming in it.

Then, “Mr. Clean, Mr. Clean,” could be heard from the tinny speakers of the TV.  Oh boy, my favorite!  I was clapping, my Mom and Pia started singing along.  At some point, I noticed that Pia had left a bottle of Mr. Clean next to the bucket.  I leaned over and reached for the nearly empty plastic bottle.  There wasn’t much in it.  I studied the label just as intently as a lusty connoisseur would examine a bottle of 1948 Pontet-Canet at La Tour d’Argent restaurant in Paris.  (Have I mentioned that it was a complete panic whenever Dad tried to speak French?)

I held the bottle up to sample the “nose.”  An immediate, overpowering torrent of ammonia, with a pleasing highlight of lemon followed by a hint of pine forest.  The embodiment of a fragrance of freshness.  Ah, I thought to myself, perfection!

Savoring the “nose” of a treasured liquid is one thing.  How it feels on the palate is yet again another.  Does the flavor open up lolling on the tongue like the first kiss from a fair maiden on a sultry Hawaiian dusk?  Or does it bite and sting like an angry yellow jacket that climbed unseen into your warm can of Schlitz until you chugged the bug down?

Only one way to find out.

I lifted the bottle up to my toddler’s lips.  Tilting my head back to draw down the lemon-ammonia elixir, I could see the upside down image of the ear-ringed Mr. Clean on the other side of my nose.

As I filled my mouth up with the noxious liquid, I could see, from the corner of my eyes, a shadow approach from the right.  Very quickly.

Instantly, the bottle was knocked from my tiny hands.  The next thing I remember is my Mom looking into my eyes and saying, “Don’t, D O  N O T, drink Mr. Clean!!!”

Looking back on this incident some 54 years later, my household wasn’t completely as I described.  In actuality, Mr. Clean really didn’t make my Mom and Dad happy.  To the contrary, Mom was bored and unhappy and it had nothing to do with the pilgarlic rocking an earing on his left ear.  There was a 15 year age difference between them.  My 24 year old Mom wanted to do up the town and hit the Stork Club and El Morocco every night.  Or maybe at least the Café St. Denis since El Mo’s was full of old people.

On the other hand, Dad was working effectively two jobs.  He worked as a professional engineer (and inventor) during daylight hours while attending night courses at New York Law School in pursuit of a law degree.  To my Mom’s disappointment, when Dad was physically present in the apartment, he was more often than not sawing serious logs in the bedroom.  My young Mommy was listless.  And so she met someone else, probably at The Stork Club.  Please see my post CHANGE AND REBOUND.

Perhaps this led to my drinking problem at such a tender age?

And all this leads to my own very faint and distant memory of riding an elevated train in 1962.  One day, as usual, Pia took me to Central Park in the morning to play.  We returned to the apartment where she would fix my midday meal, most often enough some concoction that looked like dog food called “corned beef hash.”  All you had to do to eat it was to find a can opener, spoon it into a skillet, heat, and serve.  It even makes the same suction noise coming out of the can as Alpo does! 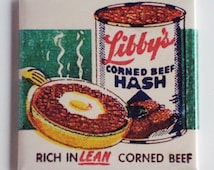 Unfortunately for Pia’s long-term employment prospects, as discussed above, the Olcott household was coming to an end.  After discussing the situation with her most trusted confidant (my maternal Grandmother), Mom had picked that night to break the news to my Dad — that the marriage was fini.  Not knowing what to expect, she arranged for Pia to take me out of the apartment for an overnight.  To Pia’s walkup in Queens!

This set the stage for probably my first adventure.  Pia packed up a change of clothes, together with a can of corned beef hash, and off we went into, for me, the uncharted film-noir realms of 1962 New York City.  I remember that we took the subway; my very first ride.  We switched for another line where the train left the tunnels and ascended into grey skies.  I knelt at my seat looking out over the somber rooftops.  Arriving at our stop, we descended to the street and walked for a block or two.  The completely different tenor and character of the working class neighborhood was unforgettable.  The stoops of the row houses contrasted with the elegant green awnings of where I came from.

Eventually, we arrived at a grim walkup to ascend four flights of dank and musty stairs, where keys turned locks to enter a small studio apartment that had not been refurbished since before the war.  The walls were all dark brick; there was a window looking out over dusky roofs and vent pipes, and near the ancient stove, an old Maxwell House coffee stood stoically to serve as runoff for cooking grease.  Seems to me that there were always such old coffee cans in 1930s-era apartments. 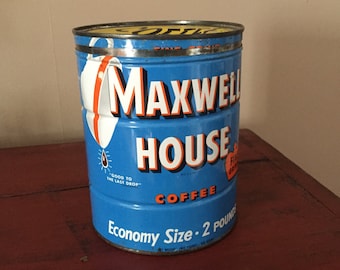 As Pia and I slept sardine-style in her bed later on, feet to head, head to feet, back home my Mom explained the new reality to my Dad.  She told me years later that he cried that night.

I was struck by the other worldliness of Pia’s life.  After Mom took me away to Florida, I never saw her again.

Life continually turns pages of our books without concern for torn or ripped paper.