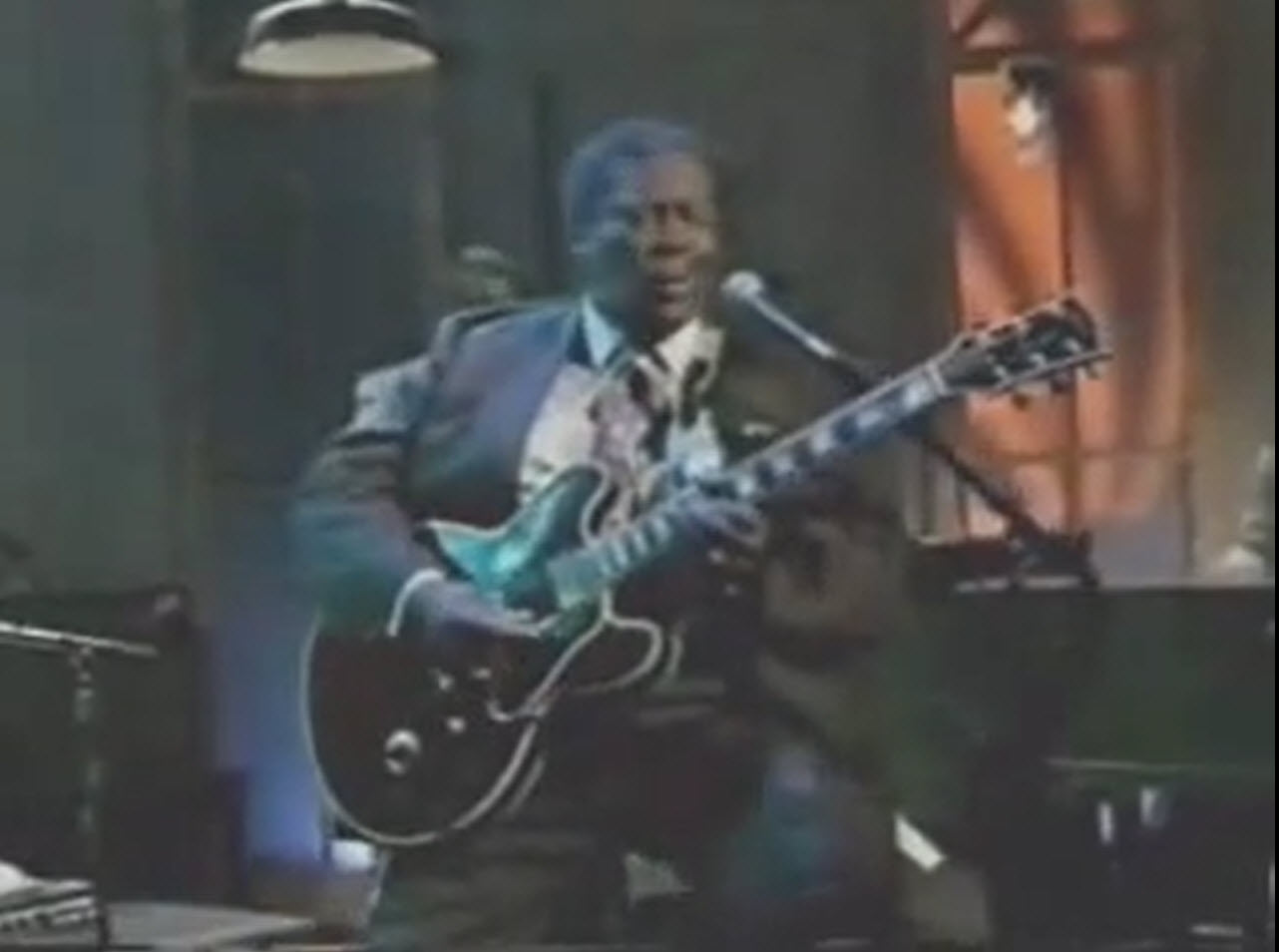 A reader commented last week “James, you had a very difficult childhood/teenage. Your father obviously had some issues.”

I disagree with the first statement.  Leaving aside the fact that my Dad had divorced and remarried twice by the time I reached my 18th birthday, I think my childhood was often charmed, even privileged.  As you can see from my picture in last week’s post “WHEN A CHORE IS NOT A CHORE PART 2,” Dad and I had a lot of fun together.

The Father who took that picture is the man I miss terribly today.

It was only in my later adolescence that ominous signs about Dad became known to me from the new vibrant presence in our lives, Gloria.  Like any child, I refused to believe at first that my Dad could have had issues.

As Dad aged, his behavior became increasingly erratic, as if he had a broken internal compass.  He was very successful in business and given to bouts of braggadocio — yet his frugality became unreasonable, and at times unlawful.  He never made an attempt to explain his parsimony to me or to his five wives, which leads me to believe that he didn’t understand this aspect of himself either.

And later, he could, at times, be disturbingly deceptive.  Think Steve Jobs at his most dishonest.  Jobs is probably one of the best analogues for my Dad to most readers here:  Brilliant.  Visionary.  Creator of a new business.  Rebel.

Both Dad and Jobs loved Einstein.

But maybe, on the other hand, some of the fault laid with me.  Perhaps I really should have rotated the house 2 degrees clockwise whenever asked, twice on Sundays, no matter what I thought I was going to do that day.  After all, wasn’t he, in the words of BB King, “Paying The Cost To Be The Boss?”

If Dad were a reader of my last post on The Bernard Olcott Story (which takes great care in numerous stories to praise him for his many achievements), I can see him saying something like the following.  “Jesus Christ!!!  Is it really too much of an imposition to ask a Harvard educated spoiled rotten child to help around the house?”

Leaving aside the value of a charm school diploma – and the fact that I was rejected by Harvard at least three known times – what does this question really mean?  “Spoiled,” in the context of children (from a stern GOP parent’s point of view) means, according to Webster’s, to overindulge, “mollycoddle,” pamper, and in all other ways, wait on little Lord Fauntleroy hand and foot.

The devilish thing about our human existence is that many things are subjective.  What’s “spoiled” to you may not be so to me.  We use our intellects to determine logic and then to go out in our great big world and use that reasoning ability to identify patterns around us.  For these determinations, we can make rules about ourselves and nature in general.

And as soon as we do this, and get smug in our knowledge, some random event will occur turning this assumed axiom on its head.  Requiring a troublesome exception.  Which complicates everything.  I can try in this essay to define “mollycoddling,” and as soon as I do it, some clever reader will devise a precise question to challenge my conclusion.

As noted above, Dad would mention Jesus’ name from time to time, always when agitated.  As many alert readers will point out, one of the most enduring books ever written on this planet focused extensively on Him.

In the 22nd chapter of Matthew of the Big Book, Jesus had arrived in the Great Temple in Jerusalem, most uninvited, and set up shop to teach astonished crowds.  The Pharisees were the self-righteous dispensers of wisdom of the aforementioned house of worship.  They were none too pleased that some hinterlands hippy had plopped himself down in their midst and proceeded to give out rules and lessons.  In the form of parables.  “Yo, this is MY house,” kind of thing.

When Jesus gave his listeners the Parable of the Wicked Tenants, the Pharisees understood right away which role they played in the story.  As self-serving pooh-bahs, the Pharisees made it their business to reject the multitudes of, as Gloria would put it, “poor slobs” that crowded the city’s thoroughfares and back alleys.  The Wicked Tenants story made it clear that those who were disrespected and tossed aside like trash, in fact, had everything.

From the Pharisees’ point of view, having Jesus in their Temple dissing them so audaciously just wouldn’t do.  They had to get rid of Him.  So they used their Harvard (or Rutgers, as the case may be) educations to devise clever exceptions and see if they could trip Him up.  The passage in the Book of Matthew actually reads

“One of them, an expert in the law, tested him with this question: “Teacher, which is the greatest commandment in the Law?”

That line about “one of them, an expert in the law” really gets my attention.  Jesus knew from the get-go it was a logical trap.  The way He handled the question was both instructive and inspirational.  He boiled it down to an incredible level of simplicity and basically answered, “Love,” in every way (meaning love God and love those around you).

I think this passage illustrates the need to be careful how you use the law and logic.  Even too much water, almost always considered as a beneficial thing, can kill.

Following His lead, let me try the following example.  Let’s say you adopt a doggie.  You provide shelter (your home), food (Alpo), and occasional treats (bones).  Have I lost anybody yet?

Are you overindulging the animal?  It’s certainly arguable if you take Little Fido for a nail clipping and painting, a doggie wash, and special supplements to help take away dog food breath.  Let’s say you indulge the hell out of the puppy.  Fresh steak and eggs for breakfast, doggie psychiatrists, use the word “doggie” as your computer password, rent him out for stud fees, whatever.

In my humble opinion, you still don’t have the right to abuse this “mollycoddled” animal, whether by harassment, cruelty, neglect, humiliation, ridiculous legal proceedings, beatings, changing his pacemaker batteries prematurely, making him scrape barnacles endlessly, short-circuiting his sump-pump, forcing him to watch Fox News, or what have you.  And this should be obvious.

Let me go way out on a branch here – even if you were to adopt her Royal Highness Queen Elizabeth of the United Kingdom of Great Britain and Northern Ireland ¹ as your Grandmother ², the epitome of someone born with a silver scepter in her hand, you do not have the right to abuse her.  Do not!

Same goes for the two sons of an Eastern European immigrant who became a 20 year veteran of the New York City Police Department.  While praising Stalin.³ 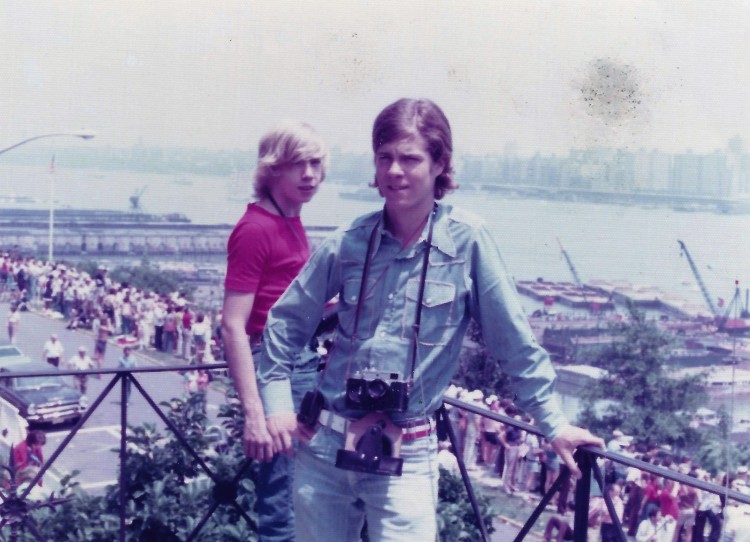 ² – Interestingly, my Grandmother’s son (my Uncle Alain Rousseau) was a member of the official welcoming entourage and personal guide to Princess Elizabeth during her royal visit to Quebec City in 1951!

³ – Image of Stalin omitted by the author.